Recent statistics reveal that hackers have breached over 14 million businesses in the U.S at some point in time.

Out of that, Distributed Denial of Service (DDoS) accounts for over 29% of these attacks. This figure shows that DDoS is a frequent go to attack procedure for hackers. Furthermore, over 56% of representatives for various businesses believe that a DDoS attack was employed in their establishments as a smokescreen for even more heinous activities.

Paradoxically, out of 2000 small businesses owners interviewed across the nation, only 2% saw cybersecurity as a critical factor in their businesses. 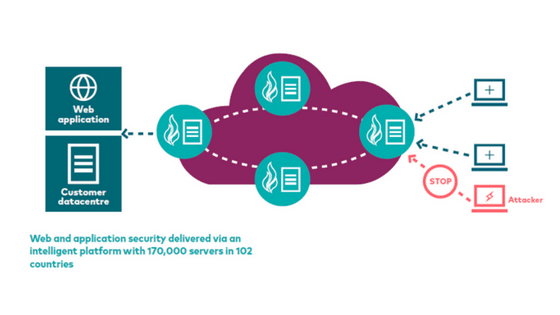 DDoS attacks are a real threat to not only large corporations but to also small organizations which often view themselves as small fish. The implication of such an attack results in not only the stalling of operations and loss of data, but also in the breaching, access, and theft of customer information such as their credit card details. This will not only set your business back weeks or even months, but you also stand to lose your customers in addition to facing them in court.

Employing Distributed Denial of Service Attack protection for your small business is a precautionary measure that is vital. This article will provide you with various DDoS mitigation tips that you can use to protect your establishment.

Distributed Denial of Service is a type of cyber-attack used by hackers to hinder a website from operating optimally and correctly. Typically, this attack aims to divert your attention while the real threat such as data theft takes place. A study carried out by Kaspersky revealed that a single DDoS attack could cost a small business up to $106,000 to rectify the damage done.

Web servers and other network resources usually have a predetermined number of requests that they can service at one particular time. When this number is exceeded, the service quality suffers by either responding too slowly to requests or ignoring others.

The primary objective of a hacker is to incapacitate the functioning of web resource thus causing a total denial of service. The hacker achieves this feat by infecting multiple computers with a Trojan virus and then using this zombie network to send an overwhelming number of requests to the victim. This cyber-crime has also been used by unscrupulous business people to sabotage their competitors.

Thus, the only DDoS mitigation procedure you need is to protect your network. This begins with planning for your response if the worst happens. The following are five DDoS protection tips that you can use to fight back against DDoS attacks.

1. Presume that you could fall victim to attack at anytime

This is to ensure that you do not fall into the bubble of assuming that your organization is too small for a DDoS attack. There are various reasons to why a hacker could choose to prey on your small establishment.

It could be an ex-employee or customer with a grudge, or even your competitor. Having this in mind will raise your awareness in the importance of applying cyber-security procedures in your business. Many hosting companies provide DDoS mitigation as a free service.

This will involve making your network resources as resilient as possible to attack. Doing this is not only essential in DDoS response network defense, but also in guaranteeing that your business can withstand any disaster or outage. Apply the following tips to prevent your business from appearing as a single rich target to a hacker.

Also, use hardware that is known to handle different types of attack and utilize the options in the hardware to protect network resources.

Before you purchase any DDoS defender, ensure that you are sure of what the vendor is selling you. Ideally, an excellent DDoS defender should not only be able to differentiate good and bad traffic, but also have self-learning capabilities that enable it to create flexible thresholds.

4. Have a DDoS mitigation strategy

You have to anticipate the network and application services that are most likely to be targeted and design an emergency response procedure to counter those attacks.

You have to realize that most attacks are meant to cripple your network. Therefore, you need to have a recovery plan in place if the worst comes to worst. Additionally, you need to have a disaster recovery site that serves as a back-up for your data. You will use it temporarily as you repair your main site. Thus, disaster-recovery planning should be a staple activity during operational maintenance.

5. Outsource to a security specialist

Multiple agencies serve to scale up infrastructure to defend against attacks. These service providers can prevent problematic traffic from reaching you by using cloud scrubbing services to get rid of the bothersome traffic. The best time to employ their services is beforehand and not in the wake of an attack so that your network can respond quickly and efficiently.

Additionally, some providers specifically include DDos mitigation techniques. In the aftermath of an attack, they reroute the traffic from your network to their mitigation center for scrubbing and then forward the authentic traffic to you. These mitigation services providers often have the dynamic and scalable load balancing available to respond to the exceptional amounts of traffic synonymous with a DDoS attack.

Quite often, DDoS attacks seem only to target large corporations and high profile industries. If the latest figures are anything to go by, then this assumption couldn’t be further from the truth. Today, almost all digital supply chains are interconnected which makes the system an ideal target for hackers.

This is why every organization including small and mid-sized businesses need to consider themselves as targets. Thus, DDoS protection is not only a technical but also a business issue. The above tips should be considered when establishing organizational resilience to safeguard your business from devious individuals.