Hi, Friends welcome to the Mirchitech blog. Google has started rolling out the final stable Android 7.1.2 Nougat update for Nexus 5X and 6P. We received the update on Nexus 5X a few days back and now according to a new report from Android Police, the latest update for Nexus 6P is also out.

Although the report suggests that the new update is targeted at those Nexus 6P users who enrolled in a beta program, but given the nature of our Nexus 5X update, it seems that the rollout to all Nexus users but in a gradual manner and it is possible that beta users are given priority. To note, the latest Android 7.1.2 update for Nexus 5X and 6P also include the security patch for this month. 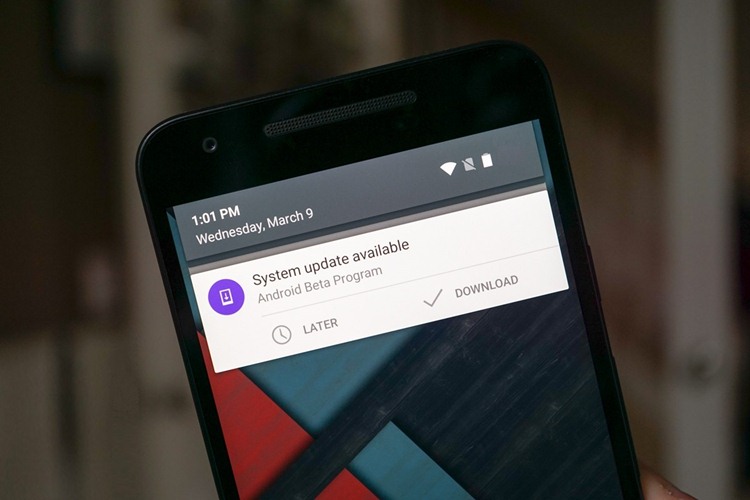 While there should not be any feature differences between the beta build and stable build, but what it essentially means that users on the stable build will keep getting security patch OTAs or further OTA updates in future. The latest Android 7.1.2 update was earlier released for Pixel devices. The update fixed the early shutdown issue and some more user reported bugs including pink banding on the camera.

If you have one of the eligible Google devices, then head to phone’s settings and check for the system update under about section. 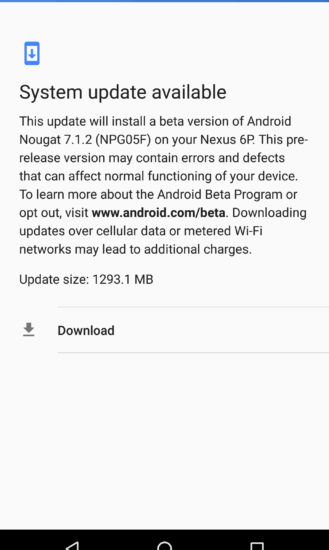 The factory image doesn’t appear to be live on the site yet, but you can keep checking over the next few days if you’re interested in going that route. Just be sure to enroll your device in the beta program here and then you should receive the update notification soon after. The update file itself is pretty large, sitting at a hearty 1.29GB.

Mine showed up today when I hit the check updates button and I never get that lucky.

Many people have noticed that this update does not, in fact, bring the fingerprint gestures support that we saw on the Nexus 5X when it got 7.1.2. I have not seen any explanation or reason as of this writing, but I am not too torn up about it frankly.

Those of you who were looking forward to being able to pull your notification shade down via your fingerprint sensor, I am sorry to disappoint you. At least you have a third-party option.