MirchiTech.com
Home Android Android O Developer Preview, Know All The Facts About It

Hi, Friends welcome to the Mirchitech blog. Today I want to share something special with you, and it is Android O Developer Preview, Know All the Facts about It. On March 22, 2017, Google released the first developer preview of their next Smartphone operating system, Android O. The update highlighted a number of interesting changes, notably to the way notifications could be handled, iconography and even adding support for LDAC and AptX codecs for streaming audio over Bluetooth. 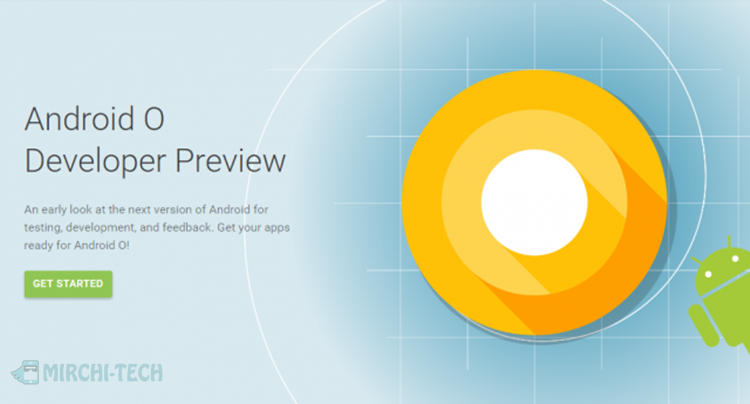 There are a number of changes outlined in the new build of Android, but as curious as we are, we decided to install it on our Google Pixel XL to see if the changes really add any value to our daily experience as a user. We also did this to find out just how stable Android O Developer Preview is; very well knowing it is designed only as a primer for Developers. So here’s what our one month with the OS has been like.

Before We Begin, A Clarification About Android O

As exciting as the prospect of a new operating system can be, Android O Developer Preview, as the name suggests, is only a preview for app developers. The OS ships along with the Android Developer Handbook which contains a list of updated features and any code level changes to the OS that the app developer must keep in mind.

This ROM is NOT intended for public use and is the first build of four, before the final version of Android O ships to the world. Developer Preview 3 is when the APIs get finalized, so any feature seen in these ROMs before DP3 can be dropped, depending on its efficacy. Google does release beta versions of their upcoming OS to the public for testing, but that is a completely separate property and is not to be confused with the Developer Preview ROM.

If you’re excited about the animated icons that will be a part of Android O, we’re sorry to disappoint but the Android O Developer Preview (version 1) didn’t show us any animated icons.

This isn’t due to the  OS but can be attributed to the fact that no apps have yet been updated to support the new adaptive icons. We installed about 50 of the most popular/frequently used apps and the icons on every single one of them remained a static logo, as we’ve seen on previous versions of Android.

Google has put a number of automatic limits in the background on apps in order to be able to maximize battery life. The limits are imposed on three particular areas; implicit broadcasts, background services and location updates. In our month-long use of the Google Pixel XL, we didn’t really different battery states that when we did the battery review of the Google Pixel XL.

This could be attributed to the fact that this is a preview build aimed for developers and hence not the most optimized for stability and battery life. This ROM serves as a way to educating the developers on how Google plans to control the kind of actions apps can take while they are running in the background.

One of the most exciting features highlighted in the Android O was the support for Qualcomm’s AptX. AptX HD along with Sony’s LDAC high-resolution audio codec. Typically, those who like listening to music over Bluetooth headphones/earphones have had to sacrifice quality in order o ensure proper playback, but with the three new codecs being supported in Android O, you can expect to playback even your high-resolution audio files without any problems. 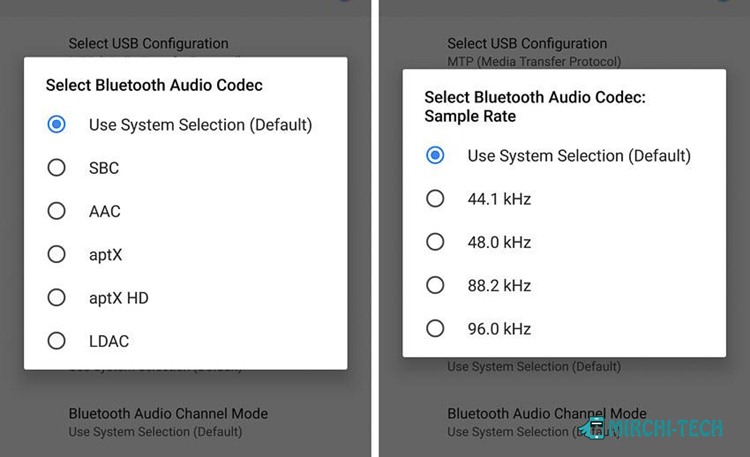 Of course, in order to really get the most out of these codecs, you would need headphones/earphones that are AptX (or AptX HD) enabled, or have been designed specifically for high-resolution audio. Sony has a fairly large portfolio of high-resolution headphones and earphones while many other manufacturers are starting to make their equipment AptX compliant.

We paired the Pixel XL to a borrowed pair of Sony MDR-100ABN, which Sony says is a Bluetooth headphone designed for high-resolution audio. We listened to a few albums in their FLAC and mp3 formats but were not able to tell much of a difference. It is entirely possible that even though the codec support is there, it is not yet functional.

According to Google’s Developer handbook, “Android O introduces notification channels to provide a unified system to help users manage notifications.” This system is designed to give users finer control over notifications, allowing the user to set the importance, and notification parameters (such as vibration, light, sound etc). 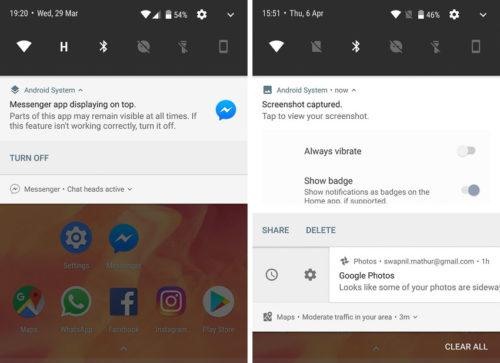 This is the one feature we actually found working rather well. It is cumbersome at first to set the notification parameters for each app. But once you’ve got the permissions set, it actually ends up offering a lot of peace of mind.

There are plenty of options, for every scenario as you can see in the screenshots below. We were actually quite pleased with how well this worked and can only hope that Google will further refine Notification Channels as we get closer to the official release of Android O.

An exciting feature of Android O is supposed to be its Picture-in-Picture mode. This is supposed to take the split view multi-tasking to the next level. We were able to play videos in YouTube and VLC on one frame while the other window held our browser content. 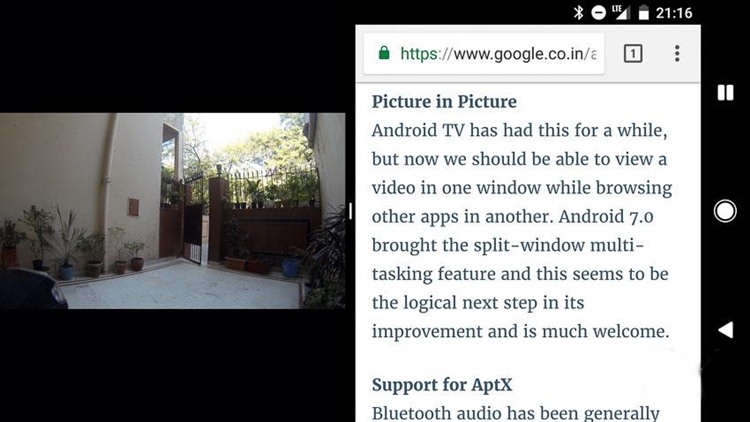 The videos played without any glitches. If this feature makes it to the final version of Android O. It will be very beneficial to those who often watch videos on their phone, but also need to tend to other tasks. They would now be able to do both without interruptions. The screenshot below shows a video playing in the Photos app with a browser open on the other side.

Android O will be bringing, even more, battery improvements by tapping into how various apps consume battery while they are in the background. Now apps running in the background will have limited access to what they can do mainly in three areas background services, implicit broadcasts, and location updates. Which by far are the most notorious culprits in draining battery. Well played, Google!

There are limitations imposed on background services restricting them to run for a window of a few minutes only (if your app is not in the foreground) after which they are essentially stopped preventing any further battery abuse. An obvious solution to avoid this limitation would be to use the JobScheduler as much as possible.The JobScheduler is quite smart in scheduling jobs and batching them intelligently so that your device can enjoy a sound sleep for a longer period of time. Here is an excellent article that can help you make the necessary changes for Android O.

The JobScheduler is quite smart in scheduling jobs and batching them intelligently so that your device can enjoy a sound sleep for a longer period of time. Here is an excellent article that can help you make the necessary changes for Android O.

Android O Developer Preview builds 1 has several stability issues that make it not a good candidate as a daily driver. We noticed issues across the board, which made using Android O rather…challenging. We struggled with frequent app crashes. Missing dial-pad on the dialer app and there were instances where we’d receive a call. But all we’d see is the phone’s lock screen with no controls to answer or reject the call.

Once the phone stopped ringing, there was no missed call notification either and neither did the call records register that particular incoming call. Either it’s a case of ghost calling OR that the OS sometimes glitches out completely and lose call records, either way, not a great experience.

This experience extends to notifications as well. We often let notifications sit for a few hours before tending to them. What ended up happening was that despite clearing the notifications, a white empty box. As big as required to accommodate said notifications, would continue to persist on both. The home and even the pull-down menu.

Our last and greatest issue with Android O Developer Preview is the fact that after we installed it. Google Pixel started exhibiting major heating issues. Light camera use to record video would result in the phone heating up, as would game. Charging the phone would raise the temperature of the top half of the phone to a toasty 41 degree Celsius every single time, which isn’t desirable.

The Android O Developer Preview 1 is not suitable for using on your primary phone. The features we have seen so far look very promising, augmenting the existing functionality of Android really well. The final release of the ROM will most likely coincide. The launch of Google’s next flagship, which should be sometime around September.

Considering this is a very early developer preview, and not anywhere near the final release, nothing is final. Similar to 2016 with Android N things are subject to change. Evolve, or be remove completely by the time it’s actually released to the public.

A Bit More On Android O

We have already discussed some of the major features and changes introduced in Android O, but that’s not all. There are several small but interesting and important changes introduced in Android O that must know. Till now, we needed to use 3rd-party libraries if we wanted to have custom fonts in our app. But with Android O, you will have native support for fonts as resources in your app. Thank

Till now, we needed to use 3rd-party libraries if we wanted to have custom fonts in our app. But with Android O, you will have native support for fonts as resources in your app. Thank you, Google for bringing this finally.

And there are also talks about bringing it to the support library as well. Don’t throw away Calligraphy from your project till then.

Hello, friends, I am jimmy, this is the information about Android O Developer Preview, Know All The Facts About It and enjoy it. Share this article on social media because sharing is caring. And if you have any question then send a message to us. Take care friends. Keep visiting and keep reading. 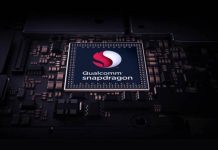