Hi, Friends welcome to the Mirchitech blog. Today I want to share something special with you, and it is iOS 11 Latest Rumours with New Features. Apple has announced the dates for WWDC 2017, which is when we’ll get the Developer Preview of iOS 11. Read the latest rumors on the iOS 11 features and UK launch date. 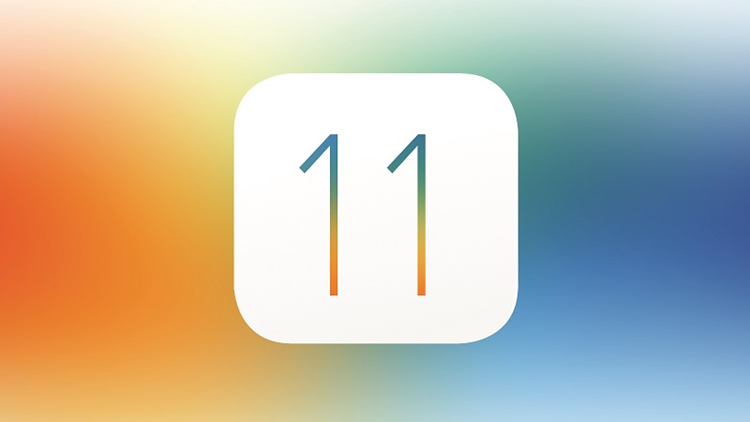 Apple has released the new version of iOS in September each year along with the new iPhone(s).

In 2017 we can’t see the company deviating from its established routine. And 2017 is set to be a belter for Apple and its fans since it’s the 10th anniversary of the original iPhone. The iPhone 8, of course, is set to be one of the best new phones coming this year.

The rumors and leaks for the iPhone 8 continue unabated, but while this year’s hardware could well include some impressive new tech, what’s the story for iOS 11?

When is the iOS 11 Release date?

Although the final public release of iOS 11 will be on the day new iPhones go on sale, we expect Apple will show off the new OS on 5 June at the opening keynote to its WWDC event for developers. While the event is meant to get app developers excited about the new features, it also serves to whip up a public appetite for both the software and naturally the new hardware.

In the past couple of years, Apple has allowed anyone that wants to sign up for the beta program and install the early test version of iOS on their iPhone and iPad. This usually starts in July, and you can update to subsequent beta versions until the ‘final’ version becomes available in September.

It’s never the final version of course because iOS is updated regularly throughout the year.

What Are The Rumored New Features?

Nothing is certain about iOS 11 as it’s too early: Apple won’t release any details until at least June. But there are plenty of rumors about what might be on the horizon, and we have a few features on our own wish list.

According to a report by The Verifier, the headline feature in iOS 11 will be a beefed-up Siri. Virtual assistants have been leapfrogging each other since they appeared, but Siri is due for an upgrade. It’s fairly capable, but not all that intelligent and is now lagging behind Google’s Assistant.

If the reports are true, Apple is working on making Siri sound more natural and adding to its capabilities to compete with not only Google but also Samsung’s new Bixby assistant.

Many an iPad owner has wished for the ability – just as you have in Android – to create multiple users and switch between them. This makes sense for lots of reasons, including seeing your own music library, email, calendar, photos, bookmarks and preferences (such as favorite TV shows in iPlayer and channel subscriptions on YouTube).

The latest rumor is that Apple will add user profiles to tvOS because this truly is a shared device, and this has led to more speculation that it might also (finally) bring them to iOS as well.

But don’t expect to be able to see account switching on an iPhone.

There has been a long-running rumor that Apple will introduce a ‘dark mode’ which will provide a dark theme or background in apps and throughout iOS. This should help reduce brightness when using your phone in total darkness. Currently, the light colors iOS users are still too bright in some environments even with the brightness slider set to minimum. 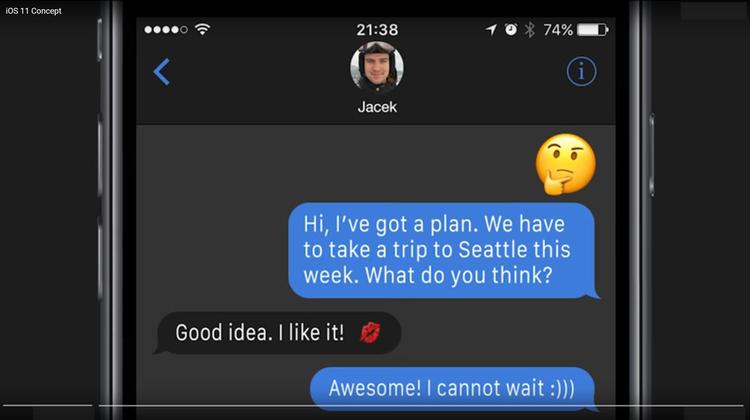 However, this could be implemented before iOS 11 as there are more rumors of a ‘theatre mode’ in iOS 10.3 which is due to be released in March 2017 along with new iPads.

Another rumor, which makes sense, is that Apple will add VR support to iOS 11. Android has it in the form of Daydream, and we’re sure Apple won’t want to ignore VR entirely. It may be that only the latest iPhone(s) will support VR because of the processing power and low-latency response times required, though.

This isn’t a rumor, but it’s been on our wish list since iOS 8. The Control Centre is great, but if you’ve ever used an Android phone, you’ll appreciate how nice it is to be able to customize the shortcuts so you get quicker access to the features and tools you use most.

In iOS including the latest version of iOS 10, you can’t customize the Control Centre at all.

We’ve moaned about this in our iOS reviews for a couple of years now, but it’s so frustrating that the video recording settings aren’t in the Camera app. If you want to switch between 1080p at 60fps and 4K at 30fps (for example) you have to spend about 20 seconds doing it through the Settings app.

All we want is a simple cycle through the few modes in the Camera app itself. Is that so much to ask? 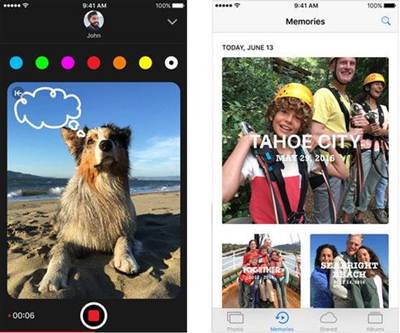 In the latest beta of iOS 10, some apps are displaying a warning that they won’t work with ‘future versions of iOS”. What this means is that any apps which haven’t been updated to include 64-bit processor support won’t run in iOS 11.

One estimate is that 8 percent of apps in the App Store are still only 32-bit, which – as a conservative calculation – equates to 200,000 apps. Since the iPhone 5S, all CPUs have been 64-bit, and Apple is clearly now forcing developers to add support or face having their app rendered unusable on new iPhones and iPads, plus on those devices where owners upgrade to iOS 11.

So if your favorite (or essential) app tells you it won’t work in future versions, don’t upgrade to iOS 11 if you want to continue using it.

For more on what we want to see, check out our full iOS 11 wish list.

Which iPhones and iPads will get iOS 11?

That’s another question we can’t yet answer definitively. Recently, Apple has kept older devices up to date than we were expecting, but the oldest tend to miss out on most of the best new features.

The iPhone 5 runs iOS 10, for example, but it misses out on the brilliant Memories feature in Photos (among other absentees).

It wouldn’t surprise us if only the iPhone 5 and 5C drop off the upgrade cycle this year, along with the iPad 4 and iPad mini 2.

Hello, friends, I am Jimmy, this is the information about iOS 11 Latest Rumours with New Features And Release date and enjoy it. Share this article on social media because sharing is caring. And if you have any question then sends a message to us, Take care friends. Keep visiting and keep reading.