Asus has created the most expensive offering in its Asus ZenFone 3 family of smartphones the ZenFone 3 Deluxe. Armed with top-notch specifications, including a Super AMOLED display, 6GB of RAM, two processor options, the Snapdragon 820 and 821, and two storage options of 64GB and 256GB. It is a rather large phone too, with a 5.7-inch display, but more importantly, it is a price at a premium. 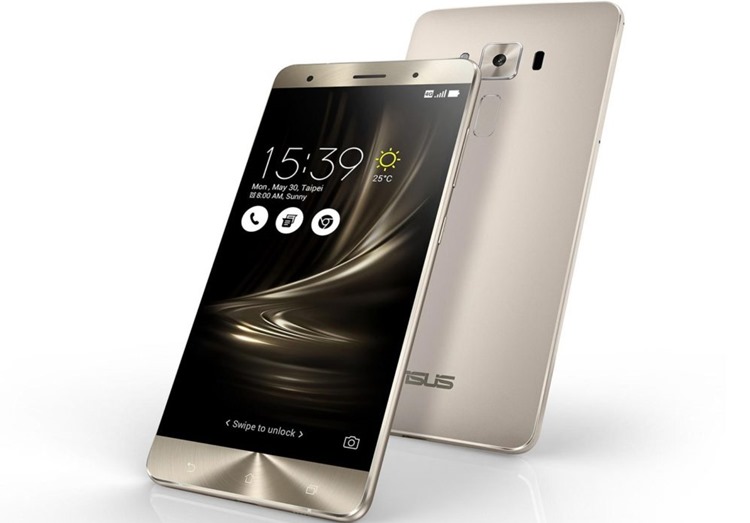 It has a 1/2.6-inch sensor that packs in 23 megapixels. The camera has an aperture of f/2.0, and the autofocus technology is in the form of laser-assisted phase-detect autofocus (PDAF). The primary camera also packs in 4-axis optical image stabilisation (OIS) technology, which is further supplemented by 3-axis electronic image stabilisation.

The AF, despite the entire tech onboard, tended to be a little inconsistent, especially while shooting videos. The camera is sharp in daylight but is not as sharp in terms of retaining detail as the OnePlus 3/3T or the Google Pixel XL. Rating: 7.6/10

Asus ZenFone 3 Deluxe is an 8-megapixel unit, with an aperture of f/2.0, and an 84-degree field of view. The front camera is not assisted by any kind of flash technology for taking low-light selfies, neither LEDs, not even a screen-simulated flash.

Asus ZenFone 3 Deluxe’s front facing camera is the interface, which is consistent throughout the ZenFone 3 family of devices. The moment you fire up the front-facing camera, the app throws up many “beauty” options, such as skin smoothening, buffing, face thinking and a lot more. Rating: 6.2/10

Our review unit, with the Snapdragon 821 processor, put through our regular testing processes, and it came out looking good in almost everything. Thanks to the massive RAM unit and the processor, the Asus ZenFone 3 Deluxe scored quite high in all the benchmarks. The benchmark scores are right up there with the likes of OnePlus 3T and the Google Pixel XL. Rating: 7.0/10

Asus ZenFone 3 Deluxe came with Android 6.1 Marshmallow out of the box, but halfway through the review process, we received the update for Android 7.0 Nougat. This is overlaid with the company’s own ZenUI 3.0. The other good thing with the ZenUI 3.0 is that it is highly customizable, complete with themes that are both free and paid.

There are a lot of touch and motion gestures, which can help in muting calls, or wake the phone up from a stupor. The Asus ZenFone 3 Deluxe also makes good use of the AMOLED display in form of an ‘always-on’ clock face on the lock/sleep mode. Rating: 7.1/10

The Asus ZenFone 3 Deluxe comes with a 3000mAh battery, which, in most flagships, is the standard rating for a battery. However, we have come to expect bigger batteries in devices with larger form factors – case in point, the Samsung Galaxy A9 Pro, which has a mammoth 5000mAh battery. Rating: 7.7/10