Asus launched the ZenFone 3 Max back in January of this year with an aim to address the battery woes faced by most smartphones.

The distinguishing feature of the ZenFone 3 Max was its mammoth 5,000mAh battery unit, which according to company claims could deliver up to 914 hours of standby time and 38 hours of talk time. 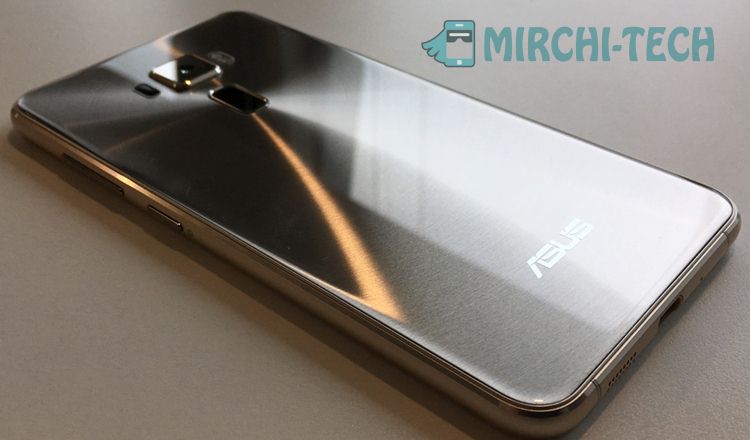 Now Asus has launched a brand new version of the ZenFone Max, bringing it more in line with its 2016 ZenFone 3 lineup.

Both variants have 3GB RAM, 32GB of internal storage and a massive 4,100mAh battery. We have the 5.5-inch variant for review.

The 5.5-inch version of the ZenFone Max competes in an incredibly competitive segment populated by the likes of the Lenovo Z2 Plus, LeEco LeMax 2, Moto G4 Plus and the Xiaomi Mi5.

The ZenFone 3 Max comes with a 5.5-inch full HD IPS display which is par for the course and has good viewing angles and punchy colors. Sunlight legibility is also decent with a max brightness level of 450nits.

As with the rest of the Smartphone, the display is decent but doesn’t stand out in any way. The blacks are not as deep as I would have liked and the black border around the display proves to be really distracting with the White color variant.

Aside from the battery, the design of the ZenFone Max 3 is one of its highlights. With an all glass front and metal on the back and sides, the Smartphone looks and feels incredibly premium and classy.

In my opinion, the ZenFone 3 Max actually looks better than its more expensive sibling, the ZenFone 3 thanks to its brushed metal back which does not acquire fingerprints and looks very sleek and suave.

The drippy metal finish and the curved edges lend themselves to an excellent in-hand feel. The power and volume keys on the right are a delight to use and are very ergonomically placed and not too mushy.

The back panel has a chrome like a strip on the top and bottom which looks quite a lot like the antenna bands on the iPhone 7 and 7 Plus. Even the fingerprint sensor gets a chrome surround. Thankfully Asus has not gone overboard with the bling, and the chrome adds a classy touch to the proceedings.

2.5D curved glass adorns the front of the Smartphone which merges seamlessly into the sides. There are three capacitive keys for back, home and recent apps underneath the display which sadly are not backlit.

The ZenFone 3 Max comes with a 64-bit octa-core Qualcomm Snapdragon 430 CPU that is clocked at 1.4GHz paired with the Adreno 505 GPU, 3GB of RAM and 32GB of internal storage which can be expanded via a micro SD card (of up to 128GB).

This is where the ZenFone 3 Max really disappoints. The Qualcomm Snapdragon 430 CPU has no place in a Smartphone that costs north of 10,000 rupees. The Lenovo Z2 Plus, which comes with Qualcomm’s flagship processor, the Snapdragon 820, costs exactly the same as the ZenFone 3 Max.

Asus’s decision to put such a decidedly low-end processor in an 18,000 rupee device baffles me to no end. What is even worse is the fact that the rest of the specifications are on par for the course.

What is the point of 3GB of RAM and the solid Adreno 505 GPU when they are paired with such a sluggish processor?

To put things into perspective, the Xiaomi Redmi 3S which is priced at just Rs 6,999, comes with the exact same processor!

Unsurprisingly, the day to day performance of the Smartphone is nothing to write home about. It is fine for basic use such as calling, texting, browsing mobile websites and so on but you can’t help but notice how sluggish it gets sometimes. Browsing through a heavy website is not a smooth experience, with slight jitters and jerks abound.

Asus’s heavy Zen UI doesn’t help matters much. Basics like opening the dialer and the messages app take an extra second or two which really adds up in the long run. The UI is also cluttered with duplicate apps, bloatware and Asus’s own services.

All in all, the skin won’t win any beauty contests and is also extremely messy and not optimized well.

Where the device performs well is in gaming as the Adreno 505 GPU is quite a solid performer. Casual games like Subway Surfers and Candy Crush are handled with aplomb and even heavy duty titles like Modern Combat 5 and N.O.V.A. 3 perform reasonably without too many dropped frames.

Multi-tasking is fine as long as you are doing less intensive tasks. As soon as you start using the phone intensively, the CPU bottleneck really hinders the experience. Thankfully the ZenFone 3 Max comes with expandable storage making it a decent device for media consumption, especially with its huge 4,100 battery.

The 16MP rear camera on the ZenFone 3 Max comes. With laser autofocus, a contrast detection system as well as phase detection autofocus and is an extremely capable shooter. Asus has also packed 3-axis electronic image stabilization to keep videos steady.

The camera performs well in outdoor situations, producing detailed and well-balanced images. Just like the ZenFone 3, the camera is more than capable in low light situations and produces clear and crisp images, albeit with a little loss of detail and some noise.

The 8MP front camera is decent at best. It comes with a ton of capture modes such as Beautification, Auto, Night, HDR Pro, Effect, Low Light and Time Lapse and will be adequate for your basic social media selfies.

This is where the ZenFone 3 Max earns its name. While the battery has seen a decrease in size from previous models (4,100mAh as compared to 5,000mAh). It will still easily last you two days of moderate to slightly intensive use.

He ZenFone Max has a standby time of a whopping 38 days and can also be used as a power bank. Yes, that’s right; the ZenFone 3 Max can actually be used to charge other smartphones. This will be very handy the next time your friend’s iPhone runs out of battery!

The battery life was the most pleasing aspect of the ZenFone Max Android in the time I used it as my daily driver. I use my device very intensively and my personal Smartphone. The Sony Xperia Z5 runs out of charge every day by around 8 PM. With the same use, the Max easily lasted me the whole day, sometimes even with more than 40% charge remaining by the time I came home.

Verdict: Should have been priced much lower

The ZenFone 3 has a few positives such as stellar battery life, a decent camera, and a great design but they are all undone by the extremely low-end Snapdragon 430 processor. What pulls the device down further is the excessively cluttered and unoptimised Zen UI.

The Max, with its decent display, stellar battery life, and a good camera. Will be a good buy for those who want a Smartphone purely for multimedia purposes.

But those who want to use their phone intensively or for even a little productive use should steer clear of the ZenFone 3 Max. For the same price, you can get the Lenovo Z2 Plus or the LeEco LeMax 2. Which come with Qualcomm’s flagship processor – the Snapdragon 820, more RAM and a better screen. 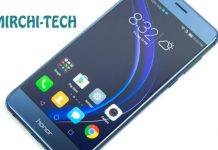 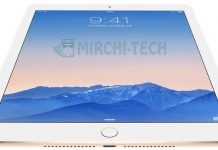 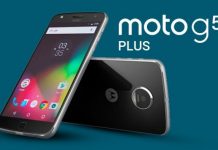