Over the last few years, the media has chosen to focus its attention on how cobots are here to eliminate our jobs when relating to automation, artificial intelligence, and robotics in general. While some of the claims made by the headlines may turn out to be true in years to come, they overshadow other trends and issues that are occurring today in the world of robotics. One of these trends, in particular, is the application of cobots which instead of eliminating the need for human labor rather modifies or positively changes its form in industrial settings.

As a result of globalization, the western countries relocated their manufacturing industries to countries with inexpensive workforces such as India and China. Since 2001, about 4.5 million US jobs have been relocated to China. Even though this still continues today, the current rapid changes in consumer preferences require that manufacturers have flexibility in their processing. This cannot be achieved through distant manufacturing thus the need for reshoring.

The Connection Between Cobots and Unemployment

It is rather safe to say that the lack of qualified human workers is what has led to the implementation of robotics as opposed to growth in productivity has happened as a result of robots replacing humans. Even though unemployment rates are still high, a plethora of manufacturing jobs remain unfilled. For this reason, automation systems and robotics will continue to be in high demand.

If you look at it this way then automation is not really the culprit behind job losses in manufacturing, rather the lack of skilled workers is forcing manufacturers to implement the use of cobots in their factory floors in order to maintain productivity.

Cobots offers solutions for flexibility in processing as well as employment opportunities.  Because they can work collaboratively alongside humans and they are easy to set up as well as re-program, these machines provide manufacturers with the modern needs of flexibility in their industrial setting. In addition, cobots can do monotonous and potentially hazardous tasks thus enabling work to shift instead of an entire position being eliminated altogether.

As compared to the human eye, a cobot is still ineffective in regards to distinguishing quality standards. Therefore, human workers are not losing their jobs but instead are being retained to carry out cognitive tasks that are of a higher level such as managerial tasks or quality assurance. Collaborative robots are not only reshoring enterprises and jobs but also contributing to the increment of worker satisfaction.

Automation has its own benefits including enhancing economic growth and productivity. It also provides opportunities for creative and value-added activities as well as learning new skills. Aside from efficiency and productivity, cobots have also contributed to the workplace safety and health.

Collaborative robots used in the consumer good and food industries, assembly applications and spot welding have taken on routine and repetitive tasks such as handling and assembling or picking and placing parts. Others do the heavy lifting, especially those that are used in operations that require large-part molding such as thermoformed parts for the manufacturing of automobiles. This prevents the human workers from risking back pain injuries which is a common complaint in most workplaces in manufacturing.

Collaborative robots are offering manufacturers the chance to bring back work from low-cost countries such as China even though the workforce there is still cheaper as compared to places like North America and Europe. Therefore, automation is not entirely stealing jobs away from humans. Also, while some jobs will ultimately disappear, new ones will be created because automation requires both a semi-skilled and skilled taskforce which translates to more job opportunities.

Automation is inevitable. Due to immigration controls and low birth rates, some countries are already experiencing a shortage of workers thus forcing them to turn to automation. However, this doesn’t mean that cobots are taking over our jobs, it just offers us an opportunity to work alongside them. 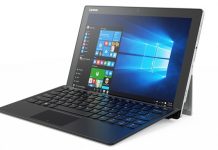 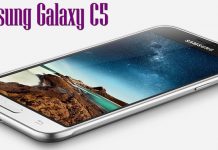 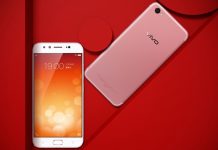