The Gionee S6s have made keeping just that in mind, packed with a front-facing LCD flash and many modes on the camera. With a mind-rang pricing, a heavily layered interface overlay and a MediaTek mid-range processor, it is positioned in the middle of a very crowded price segment. That been told, the Gionee S6s is a good alternative for someone who does not want the stock android experience on the Moto G4 Plus. The real downer with the Gionee S6s is its battery life.

The S6s comes with a 5.5-inch IPS display, which, in our opinion, is actually a decent bit of hardware if you are heavily into multimedia and gaming. The colour reproduction is ever so slightly on the cooler side, but in most cases, you will not even notice it. Having a Corning Gorilla Glass 3 on the fascia is the industry norm now, and the S6s is no different. The curved edges do feel very good in your hand, but the display does not have protection against bumps on the edges. RATING: 6.6/10

This S6s is 8 Megapixel secondary cameras, which is equipped with a front facing LCD flash; this was also the selling point of the Gionee. The selfie camera on this phone takes decently sharp and color rich pictures if you click them under decently lit conditions. Say that, the selfie flash actually does a good job of illuminating the subject’s face. It is a very balanced illumination, and not one where the skin tones are washes out or overexposed. It also comes with a beauty face feature, which essentially smooth your skin in images. We could see a lot of noise in our Snapchat and Instagram selfie video. RATING: 6.0/10

While design is an entirely personal opinion, we are sure that almost everyone is going to like the S6s is from, there are sharp, straight lines, and soft curves in a rather balanced proportion. There is anodized aluminum on the back and glass on the front, with highly polished accents running around the edge. The backside nicely cambered for a good grip, and the phone is actually good for one-handed usage despite its seemingly large from.

The volume rocker and the power button nicely placed on the right hand side spine, and there is good thumb access when you are holding the phone in your right palm. At its thickest point, the S6s measures 8.3mm, but the tapering edge makes it feel much slimmer than it actually is. There S6s is available in two body color schemes Mocha Gold and Latter Gold. RATING: 6.8/10

This smart phone with the Amigo 3.2 OS that is a heavily customized UI for Android 6.0, it is a heady mix of camera modes and highly utilitarian stock apps from Gionee, along with customizable themes. Like the LeEco, the Amigo OS also lets go of the app drawer, and lets all the apps accumulate on your hoe screen. Even here, UI behavior has been made to be a bit like iOS- if you long-press any app, they start floating, and removable apps come with an ‘x’ sign. This meaning you can uninstall them by tapping that sign.

Peaking of customization, the UI seems to be heavy on that. There is an app called Chameleon, which opens your camera and lets you select colors from objects in the frame. It is actually a good feature if you are the kind of person who likes to customize according to your ambience. RATING: 7.0/10

The Gionee S6s comes with the MediaTek MTK 6753 processor, which is actually a couple of years old now. To try test the performance of the S6s, we put the smart phone through a couple of benchmarking test and real world scenarios. While playing Asphalt 8, we could figure out that the menus were choppy and the game play animation was not exactly what you would call smooth. The GPU seemed to struggle a lot when there were too many active elements on the screen.

We took a sample image shot on a Canon 6D, shot on RAW and converted to JPG and edited the image on Snap seed and Adoble Light room on the S6s. With Snap seed, the image loaded with just the slightest hint of some lag, and the loading time of filters and effects were not lightning fast, but the app did not stall or crash. RATING: 5.7/10

The S6s did not perform too well in the battery life test even with a 3150mAh battery unit. First, in the video loop test, the phone could only last for 3 hours and 57 min., with the brightness at its maximum level. Even while on wifi, the S6s would not last one full workday with just some basic usage. Our day would start typically around 10.30 am, with 100% charge, and by around teatime at 4.30 pm, the battery would be down to 20%. So while the battery drain is quite fast filling it back up slow. RATING: 5.8/10

The earpiece is quite good, loud, and clear whether you are at work or in a cab out on the road. We could hear the person on the other end quite clearly. Maybe is the way the microphone is position, but even in very quite places we had to repeat ourselves so that the person at the other end could hear us properly. RATING: 7.8/10 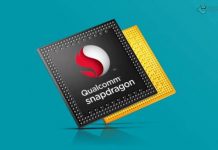 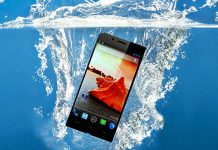