Smartphone maker Huawei launches the Honor 8 Lite, the new smartphone of its Honor brand in India. Honor 8 Light will be available for sale on all partner stores of Honor India from May 12th across the country. Currently, the Honor 8 Lite smartphone will be available in the Black Color variant. Its blue color variants will be made available for sale by the end of this month. The price of Honor 8 Light is Rs 17,999. Talk about the features of Honor 8Lite, it has a 5.2-inch full HD display. The display has a resolution of 1920 x 1080 pixels, 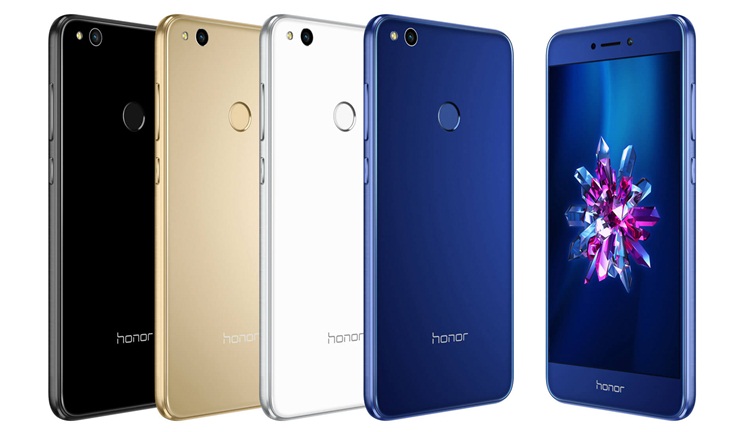 which has a protection of 2.5 de-curved glass. The most important thing is that the processor that has been installed in it has been made by Huawei. This smartphone has a Kirin 655 Octa Core processor (2.1 GHz, and 1.7 GHz). A 4 GB RAM has been given in Honor 8 Lite. Its internal memory is 64 GB, which can be increased from microSD card to 128 GB.

For photography, a 12-megapixel rear camera with F / 2.2 aperture, autofocus and LED flash is available in Honor 8 Lite, at the same time, it has an 8 megapixel camera for video calling and selfie. It has a non-removable battery of 3,000mAH for power backup. Honor 8 Lite is based on EMU 5.0 and Google’s Android 7.0 operating system.

Volume rockers and power buttons in Honor 8Light are given on the right side. The hybrid dual sim slot is given on the left side of the phone Dual the SIM and MicroSD card can not be put together in the hybrid sim slot It can be connected simultaneously with a SIM and a MicroSD card or two sim simultaneously. Honor 8 Light comes with 4G Volt network support. It has the facility of Wi-Fi, Bluetooth, USB OTG. It weighs 147 grams. Something has changed in comparison to Honor 8. There are two speaker grills on the lower part of the Honor 8 Light and there is a 3.5mm audio jack on the top. While a speaker grill and connector were giving downward in Honor 8.