Hi, Friends welcome to the Mirchitech blog. Today I want to share something special with you, and it is HTC U 11 Teaser Hints At ‘Squeezable’ Edge Sensor Again. With less than a month left to take the wrap off its flagship smartphone, HTC has started teasing the new device ahead of the official launch. The Taiwanese company recently confirmed that it will announce its 2017 flagship in Taiwan on May 16. 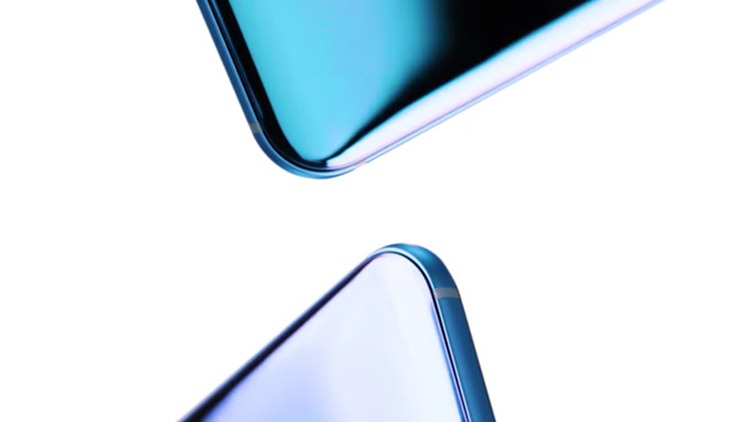 And now HTC has rolled out a teaser image that hints on the smartphone’s unique Edge Sense technology. The image shows a dog toy, burger buns, fruit being squeezed and a smartphone with a glossy blue paint that reminds of the premium HTC U Ultra. The image ends with the tag “Squeeze the Brilliant U”, along with the reminder of the launch date.

The new touch sensitive which is claimed to be the highlight of the new HTC U phone will be able to interpret gestures into actions. Besides, the touch sensitive frame will also enable the user to open apps and perform functions by simply swiping, squeezing the edges of the device.

Rumors earlier have suggested that the upcoming flagship will reportedly be called HTC U 11 and it will come equipped with Snapdragon 835 chipset. The HTC U 11 is expected to feature a 5.5-inch QHD (2560 x 1440 resolution) display and run the latest Android 7.1 Nougat with HTC’s Sense 9 UI on top. It will feature glossy ‘liquid surface’ glass design. 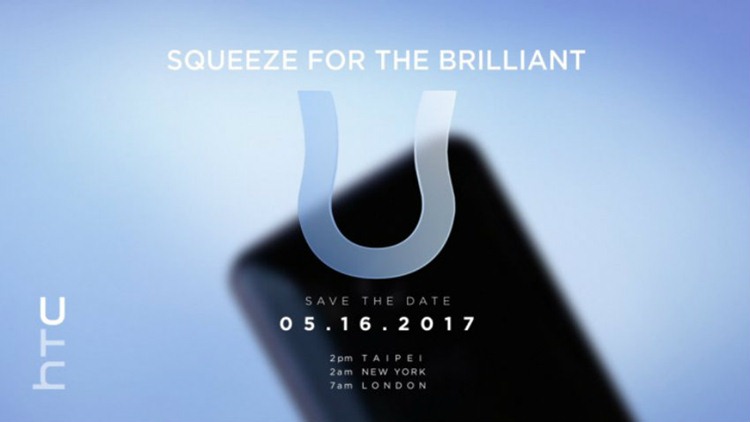 As for the camera, the HTC U 11 is tipped to sport a 12-megapixel Sony IMX362 sensor at the back and a 16-megapixel IMX351 sensor at the front. The HTC 10 will reportedly come in two variants- 4GB of RAM and 64GB storage. 6GB RAM, 128GB storage with microSD card support for storage expansion. The device is said to bag a 3000mAh battery along with Quick Charge 3.0 support. Connectivity options listed include Wi-Fi 802.11 a/b/g/n/AC and Bluetooth 4.2.

The fingerprint sensor on the handset will be placed underneath the home button. The HTC U 11 is said to come with dual speakers on the top and bottom and the USB Type-C port. The phone is expected to come with the IP57 dust and water resistant. The phone will arrive in five different colors- white, black, blue, red, and silver. However not all the colors will be made ‘available’ in all the regions.

Notably, HTC has not shared any official word on the name of the upcoming flagship except for the letter ‘U’. Suggesting that the device might come with a different moniker. The company launched its two premium smartphone under the new ‘U’ series- HTC U Ultra and U-Play in January this year. Although the smartphone couldn’t mark the pace as HTC had expected, the new ‘innovative’ flagship might live up to its customer’s expectations.

Hello, friends, I am jimmy, this is the information about HTC U 11 Teaser Hints At ‘Squeezable’ Edge Sensor Again and enjoy it. Share this article on social media because sharing is caring. And if you have any question then send a message to us. Take care friends. Keep visiting and keep reading.