Huawei had launched the Huawei Mediapad T1 tablet in India in September this year for huawei t1 price Rs 9,999. The Huawei T1 features an 8 inch HD display and comes with voice calling. Besides, it has decent 8 GB internal storage along with an expandable storage slot that can accommodate a micro SD card of up to 32 GB. 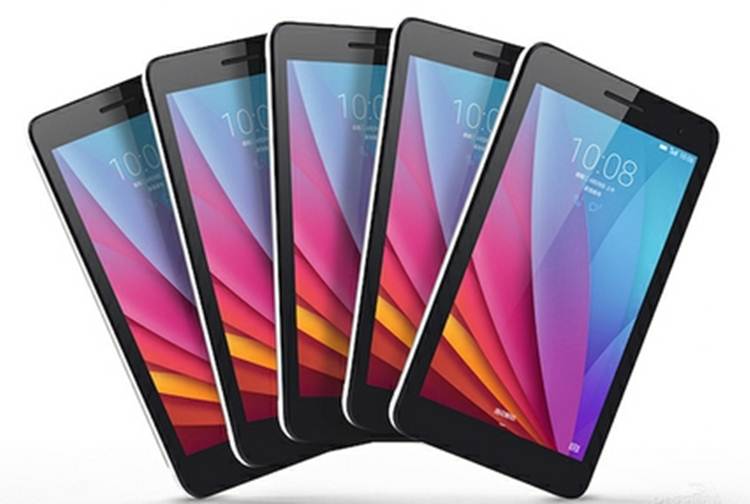 The tablet seems powerful with 1 GB RAM and 1.2 GHz quad-core processor. The T1 has 5-megapixel rear camera and a 0.3-megapixel rear camera. It has the Android 4.3 KitKat version. Needless to say, the Huawei Mediapad T1 is tempting at Price Rs 9,999. Here is an analysis of the features and performance of the tablet which will give you a decent idea whether to go for it or not while ignoring tablets like Lenovo A7-30, Samsung Galaxy Tab 3 Neo, etc.

For an 8-inch display bearing tablet, the Mediapad T1 is quite light and easy to handle. It is 210.6 mm tall, 127.7 mm wide and 7.9 mm thick. Also, it weighs only 360 grams. The tablet has a plastic body and that is perhaps to reduce its weight.

The majority of the back panel (except small strips above and below the back panel) is painted in aluminum silvery color, which has the effect of metal armor, but it is not. The advantage of this plastic panel is that it is not slippery because it used to be metal armor. So this tablet is quite easy to handle; Even sweaty palms will find it very comfortable

The sides are curved which gives a good grip. A metal thread separates the panel from the back from the front of its sides. This tablet also gives the tablet the essential brightness. In the right side there are volume and power buttons with sim and micro SD card slots, which are covered by flaps.

In MediaPad T1, the pastel around the display is quite thick, which is contrary to recent manufacturing standards; There is no passage around the display in a new era device. Extra Bezels sometimes feel necessary while working on gaming and tablet, but it also adds to weight. However, considering that there is considerable light for the MediaPad T1 8-inch tablet.

Sadly, the Huawei Mediapad T1 comes in only white color which tends to get dirty quickly (especially the top and bottom stripes in the back panel). A black variant of the tablet would have been much better. Also, I have no idea about the covers of Mediapad T1. Huawei should at least make available some covers for the tablet.

Under Rs 10,000, most of the tablets offer the same resolution resolution and this is probably the biggest complaint of most users. Huawei MediaPad T1 is, however, an aberration. Not only does it provide resolution of 1280×800 pixels. I may feel greedy but I think there is a full HD resolution for the time tablets (in this segment). Despite this, I enjoyed watching movies and watching movies on MediaPad T1.

The tablet display is quite responsive. It provides better brightness than many of its competitors. With full brightness, you can work out of comfort where there is enough sunlight, due to an IPS display, it also provides a good looking angle while playing the game. It is necessary, where you need to learn the device. It does not have anti-scratch resistant glass and thus you should always use a protective cover at the top of the display.

The Huawei Mediapad T1 offers Android 4.3 Jelly Bean operating system but don’t lose heart as the tablet uses a completely different interface than the stock Android version. The interface is known as Emotion UI and does not have an app drawer at all. This means all the apps are displayed on the home page itself. Thus you have to create folders on the home page to make it look clean. For instance, you can keep all your social network apps in one folder and games in one. You can create six home pages (minimum three) which are sufficient enough to keep a large number of applications.

There are three touch buttons located at the bottom of the display, namely â€“ Return, Home, Recent. The recent button helps in multitasking while home button will quickly take you to the home page no matter in which app you were working. At this page, there is an option to close apps and clear RAM as well (see screenshot). A long press on the home button also allows you to go the Google Search page.

Like other Android devices, the Mediapad T1 has a notification bar which apart from showing recent notifications also shows quick setting from where you can promptly activate/deactivate WiFi, Mobile Data, Bluetooth, GPS, Rotation, Airplane Mode, take the screenshot, WiFi hotspot, and increase or decrease volume and screen brightness.

Nonetheless, the Emotion UI is much simpler than the stock Android version and most of you going to like it also. Considering that Google has already announced the Android 5.0 Lollipop version. Huawei should update this tablet to at least Android 4.4.4 KitKat version to keep it relevant for a longer time and this would also keep the tablet update and compatible with the most number of applications for a long time to come.

In 1 GB RAM, a maximum of 560 MB of apps and games are available to play, which is less than 100MB less than I expected. But anyway 560 MB RAM is also good enough to play almost all the games available in the Google Play Store. For example, while playing Murray Trigger I found that the tablet uses only 200 odd MBs, which is free of 300 MB for other tasks.

The Tablet Dead Trigger was able to play games like mid-racing, racing etc. I also tried to play asphalt 8 but the game ended due to some unknown reasons. MediaPad T1 also managed to run the modern Combat 5, but the gameplay was not that easy because I had experience in other powerful tools. Graphics production was not as good as it was expected.

Huawei MediaPad T1 is armed with a massive 4800 mAh battery. It’s not the biggest for an 8-inch tablet, but still, it’s respectable that tablets can run throughout the day if you are not going to hook your device for the same hour. But even if you play 1-2 hours of play a day, then surf the internet for another 1-2 hours then do not worry, it can end all day.

For example, I played the game for about an hour and then surfing YouTube video for half an hour through WiFi and for this whole time, the glitter of the tablet was kept at a maximum, after all of these, If the tablet only takes 20% of the charge, then it is possible to expect full day backup with the use of one medium.

The Mediapad T1 of Huawei has 8 GB of inbuilt storage of which 5.43 GB is available for users. Apart from that, there is an expandable storage slot that can hold a micro SD card of up to 32 GB. A few tablets under Rs 10,000 do offer 16 GB internal storage but 8 GB to is quite appreciable.

The Huawei T1 has a 5-megapixel rear camera and a 0.3-megapixel front camera. Both the cameras are though of fixed focus in nature. There are no LED flashlights in the back or front either.

As far as the quality of the camera increases, the rear camera is capable of taking good pictures in good light. However, since it is a fixed focus unit. During macro photography, it is not good where the subject is close to the lens. Also, while capturing a shot, the idea of display. Was always blurred and did not tell you exactly like the picture, for example, it is going to capture.

The picture below was captured through our 5-megapixel rear camera and we looked very lazy in looking at the lens, but it was quite good. Being a fixed focus camera, you can not control whoever has to focus on. The front camera is okay for video calling as well as a selfie.

Keeping in mind the demand of voice calling tablets, Huawei armed the Mediapad T1 with a sim slot. You can make voice calls on any 3G network using SIM card of any operator on this tablet. Apart from this, it has WiFi for fast internet access. The tablet also has WiFi Direct and WiFi hotspot.

Apart from that, the Huawei Mediapad T1 has Bluetooth and micro USB port for file transfer. For navigation, this tablet offers GPS with A-GPS and GLONASS.