The Huawei P10 has some large shoes to fill. Ahead of the new flagship, The P9 manufacturer lies an arduous task was not just a one-off success but truly representative of Huawei is a vision for what a smartphone should be. At first sight The P10 is meaningful albeit not drastic evolution over the P9 it retains the overall design with just a couple of small.

But important changes has beefed up specs, and last but definitely not least, Improves the winning dual, Leica tuned camera setup. Sounds like quite the winning list of enhancements on paper, but let’s not put. The cart ahead of the horse and explore Huawei’s new flagship up close and personal. 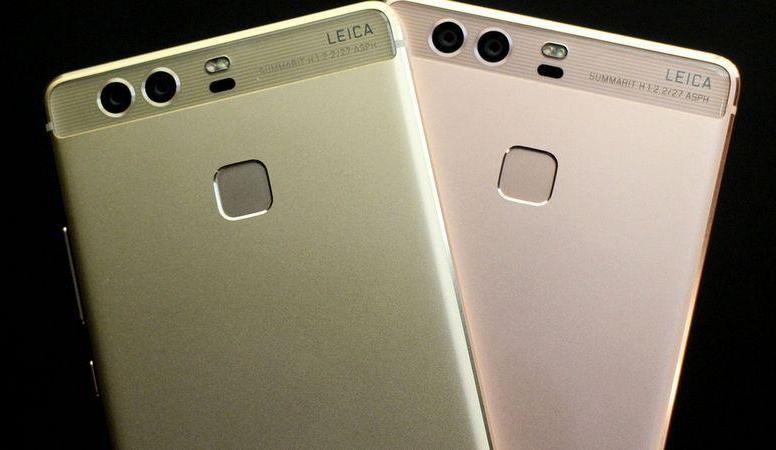 From a design of the P10 follows exactly in the P9 is footsteps, similarly sized and just a smidgen narrower. The P10 makes use of the very same all metal design that Huawei P10 used a year ago with only a few minor differences, Most notably. His button has other noteworthy functions. But we will address these later on, Depending on your stance towards fingerprint sensor positioning.

If you like to use your phone with a single hand only. Then the P10 scores a minor win over the P9 due to its narrower body. Which is the only one that comes with an array of tiny diamond-shaped ridges in the phone is a metal body. These not only refract light in eye-catching ways but also add a bit of grip. That’s neat since the regular non-textured versions of the P10 are as slippery as the P9. It would have been nice if Huawei P10 had water-proofed the phone, given that all the major players in the industry are now doing just that Mobile.

The P10 proudly boasts a 5.1-inch, 1080p Full HD display at the Mobile front. Which works out a pixel density of 431ppi? That’s sharp enough for us. The P10 also shines when it comes to maximum brightness. It hits 545 nits, making it perfectly legible outside. On the other hand, the minimum brightness of 2 nits won’t burn your retinas when you use the phone at night.

With a colour temperature of 8258K, The display is on noticeably cold and makes white colours appear bluer than they’re supposed to, which is not okay. The Settings menus go into Display, Colour temperature, and select the Warm option. If you want more balanced colours, or Cold if you want even bluer shades of white. But we can’t imagine many people figuring out, on that own how to do that manually. Furthermore, colours appear way oversaturated. With lots of added vibrancy that’s pretty far away from their real life targets. That’s particularly visible with green, yellow, and red colours. To add up to the overall display disappointment. Gamma is also pretty poor bright tones appear darker while dark tones appear brighter.

The P10 arrives with Huawei’s HiSilicon Kirin 960 chipset as well as 4GB of RAM, an octa-core solution that comprises four 1.8GHz A53 cores and four 2.4GHz A73 ones, Boring technicalities aside. It takes one around 10 seconds or less to realise that the P10 is a nimble and snappy performer that has some serious power below the hood. It will hardly break a sweat no matter at hand. Will be rarely experienced choppy frame rate even with the heaviest of games available on the Play Store.

I had no problem with the P10 boasting only 4GB of RAM. In my experience, that’s perfectly acceptable. Same applies to the internal storage 32GB of storage in the basic version is great news. While the 64 gigs in the top tier one is even better. The onboard micro SD card slot will likely.

Which was a tangled tool for P9, In terms of technical, P10 is one of 10? Which is called Huawei P10 Dual Camera 2.0, which includes 20 MPF / 2.0 monochrome sensors, which produces detailed images and a regular 12 MP F / 2.2 RGB module Which shoots colours? Like P9, P10 merged two images into one, combining RGB sensor colours with fine detail from B & Y module.

Which gives an example of different depths of field and also adds several Bokeh? With all other methods, you end up with 12 MPs. Of course, Panorama is an exception P10 has a very high-resolution panorama, normally larger than 30MP. It produces well-exposed images with great detail, which has easily crossed our pixel-peek tests with flight colours. No one is doing too much noise, in a bigger detail the picture. Speaking of colours, singing of these is mostly true for life. Especially if you are shooting bright spring flowers, P10 normally exposes the scenes in general and does not underscore as much as P9.

The 8MP about focusing front facing camera is a decent one with sulphides turning out pretty detailed, well exposed, and with appealing vibrant colours. However, they often tend to be on the colder side, which might not appeal to all selfie takers. It can produce a decent selfie, but watch out for that excessive bokeh!

On the video recording front, the P10 records 4K video at 30fps and 1080p Full HD clips at 60fps. It’s worth saying that you get for a slew of manual controls in for video recording either. As far as quality goes, the P10 produces some good looking videos with plenty of detail and rich, appealing colours. The P10 also focuses quite fast thanks to the laser autofocusing system, and that’s pretty important when shooting video. Overall, we are content with the phone’s camera performance.

For the most part, the P10 is an average device for multimedia consumption. As mentioned above, the 5.1-inch display is not that great in terms of sharpness and colour rendition.

However, the P10 is decent in performer in terms of audio reproduction. The single speaker on the bottom is loud enough, though audio quality for that one is average at best as it is lacking any depth and often sounds rather flat. At least there’s a 3.5mm audio jack up there, so throwing а pair of neat headphones in the mix will wield better results for audiophiles.

The handset clocked in at 7 hours and 42 minutes in our custom battery test. That’s a good result, outclassing the Galaxy S7. The G5, and the Huawei P9 in the same discipline by a margin. Standby battery life is also good. The phone easily lasted me a whole day before it needs to be recharged. The Huawei P10 takes exactly 100 minutes, go from 0 to 100%. That’s quite the improvement in comparison with the P9, Which had to be charged for roughly two and a half hours.