Apple launched in its new device, the iPhone Xs and the iPhone Xs Max, which will come in two sizes and that will have notch, double back camera, new colors, improvement in IP68 and was called as the best device ever created. Also New iphone Esim coming soon by the company 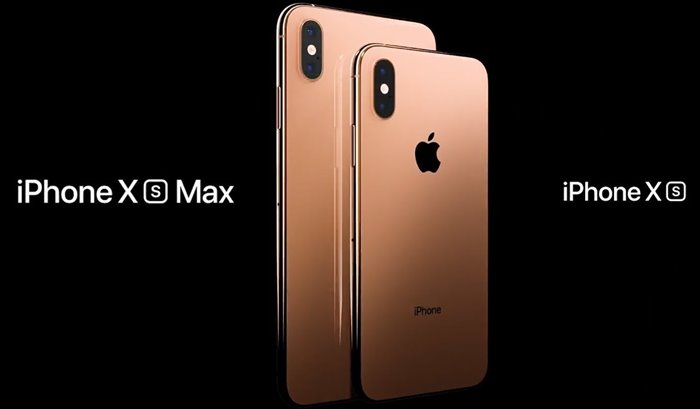 Apple launches its New iPhone Xs and Xs Max. Know the Price and its Characteristics

The iPhone XS and XS Max are the most advanced that Apple has manufactured to date. In it we have seen two new terminals that seek to wipe out everything in its path by squandering power and specifications. Let’s see what these technical specifications of the new Apple phones are.

The device has powerful security components and a processor for all video game addicts. It will also have a performance 30% faster than other terminals launched by Apple. It also supports up to double SIMcard.

Another characteristic that draws attention is that the terminal will have an IP68 water protection, up to 2 meters deep. At the moment the terminals with the same certification only last up to 1 hour and a half, one and a half meters.

On the other hand, it also has a quad-core GPU and the processor is 6 cores, generating up to 5 trillion operations per second. It will carry the new A12 Bionic inside and will integrate with everything you do on your phone: from taking pictures to unlocking with Face ID.

What’s with the camera? The double camera of the iPhone Xs is 12 megapixels, one that offers standard shots, while the other has telephoto technology with 2x zoom. The first has a focal aperture of 1.8, while the second of 2.4. Both have a stabilizer, so your shots will be pretty good. For its part, the front camera is 7 megapixels with Booker effect, with face recognition effect much faster in the Face ID and animojis.

Not only will it come in the traditional Silver, Black and White colors, but it will also reach the markets in a new color, gold.

The OLED screen also repeats presence. The upcoming iphone xs feature the presence of the ‘notch’ at the top and the resolution stays at 2,436 x 1,125 pixels with a 19.5: 9 format at the size of 5.8 inches. The panel quality is expected to be excellent with True Tone technologies, 3D Touch and compatibility with HDR10 and Dolby Vision content. The change comes in the sizes.

The next for iphone grows to 5.8 inches in the standard model and for the first time exceed six inches to introduce the new iPhone Xs Max, with a 6.5-inch screen, which increases slightly in resolution.

The sound is another point that has improved this year, with stereo speakers. On the ‘notch’ side, the phone still have the large number of sensors we already had on the iPhone Xs, such as the infrared sensor, the room sensor, the microphone or the proximity sensor.

Inside the iPhone Xs we also find new features. Like every year, Apple renews its own processors to lead even more in the field of performance. The Apple A12 Bionic is a chipset with six cores of up to 2.5Ghz in the CPU, four GPU cores, improved Neural Engine and built for the first time in 7 nanometers.

The new iPhone Xs and Xs Max introduce the powerful processor Apple A12 Bionic, one of the first manufactured in 7 nanometers.

Another section that receives news is storage. We start with the same 64GB as usual, but advanced models will arrive with 256GB and for the first time 512GB of space. A huge amount that will partially justify the high price of the iPhone Xs.

The battery is a point that is often criticized Apple’s phones and the iPhone Xs is trying to alleviate this problem. With the new iPhone Xs incorporates a larger battery that promises 1.5h more autonomy than the iPhone X. We also have fast charging and Qi wireless charging, a charge that will continue to be made through the port Lighting.

For the photographic section we have a double rear camera in both models, but thanks to the improved Neural Engine new experiences are achieved in the camera. From an enhanced portrait mode to new augmented reality implementations with ARKit 2.

The two models of iPhone Xs have the same camera. In the main sensor we have a 12 megapixel sensor with an aperture lens f / 1.8 and pixels of 1.4 micrometers. For the video we have OIS optical stabilization and ability to record video in 4K at 60fps.

The secondary camera also has 12 megapixels and allows us to zoom x2. The front camera of this next generation iphone is held in a seven megapixel RGB sensor and an aperture f / 2.2 with the ability to perform the popular portrait mode. 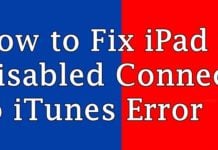 How to Fix iPad is Disabled Connect to iTunes Error