Chinese smartphone maker Meizu Technology has launched its Meizu M5 Smartphone in India. The price of the new smartphone Meizu M5 Android mobile is 10,499 rupees. And this smartphone is available exclusively for purchase. 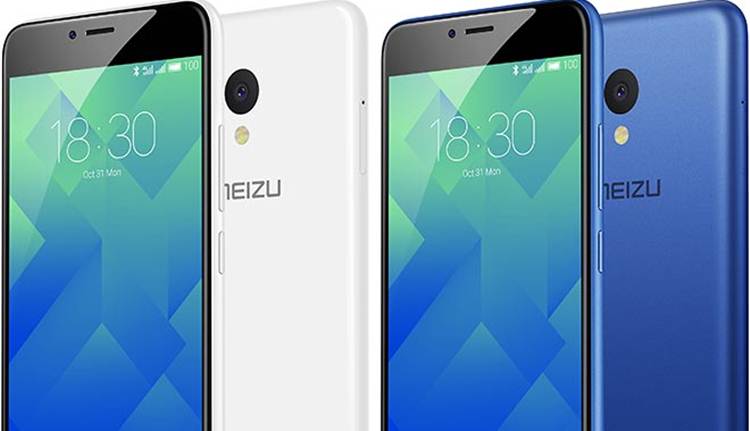 This phone will be found in Champagne Gold and Blue Color variants. The most important feature of the smartphone is a voice over LTE support. Despite being cost-effective, it is equipped with a hybrid dual sim slot, an octa-core processor, and a 13-megapixel camera.

This is an upgraded variant of the MeizuM3 phone. This smartphone was launched in China in October last year. Speaking of the specification, Meizu M5 has a 5.2-inch HD (720×1280 pixels) 2.5 d Curved Glass Display. Which has a pixel density of 282 PPI. The Mali T860 GPU has been used with the MediaTek MT 6750 Octa-core processor. Customers will get 3 GB RAM option. This phone has 32GB of storage. The smartphone has a hybrid SIM slot, meaning that the second SIM card slot will also work on the MicroSD card slot.

Meizu M5 has a 3070 mAh battery. Battery capacity is 10 percent higher than previous variants. Meizu Android mobile claimed to have given music playback time of up to 66 hours. Speaking of camera setup, this phone has a 13-megapixel rear camera. It is equipped with dual-tone LED flash, PDAF and F / 2.2 extractions. Self-camera sensor is 5 megapixels.

The connectivity feature includes 4G VoLTE, Wi-Fi 802.11A / B / G / N, Bluetooth 4.0 and GPS / A-GPS support. Dimensions of Meizu M5 Android Smartphone are 147.28×72.8×8 millimeters and weighing 138 grams. The fingerprint sensor is integrated into the Home button. It has been claimed to unlock the handset in just 0.2 seconds. The phone has infrared, accelerometer, ambient light sensor, proximity, and gyroscope and magnetometer sensors.