Motorola is no stranger is hits and misses Moto G5 Plus. The wild success of the Razr is undeniable, as is the fact that the company has not managed to create another product to match the Razr’s cult following. Over the years, the company has faced its fair share of troubles, first be bought out by Google and then being sold off to Lenovo. After a somewhat rocky start, the company found its footing in the Moto G4 family of products that were an instant hit, especially in India. While we have expected that an update to the G4 family would drop this year, the few weeks leading up to MWC 2017 revealed everything about the upcoming phones, especially the G5 Plus. 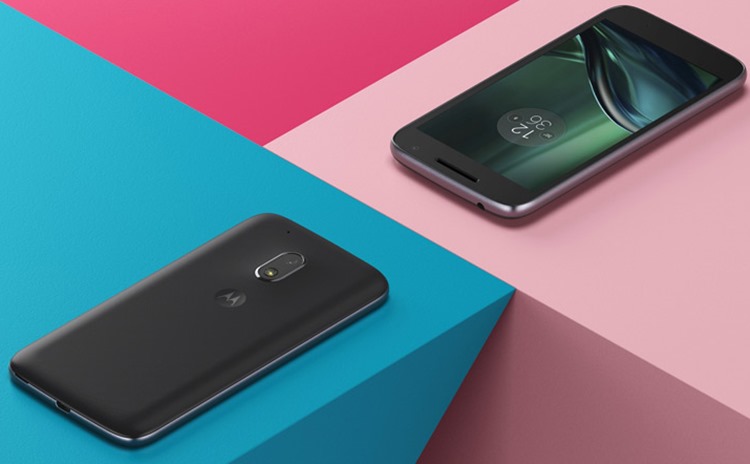 The Moto G5 Plus does not really shatter any expectations when it comes to the display. It comes with an IPS-LCD panel with a resolution of 1920×1080 pixels. However, given that it is slightly smaller than the 5.5-inch displays we are so accustomed to, the pixel density is a touch higher at 424 ppi. Interestingly, Moto chose to protect the display assembly using Gorilla Glass 3 instead of Gorilla Glass 5, or even the previous generation of the protective display. Rating: 6.7/10

Read More: – The Battle For The AI- Assistant Market: Samsung Vs Google Vs Apple

The Moto G5 Plus ships with a 12-megapixel primary camera with Dual-flash. While it is easy to miss having a dual-camera setup on the G5 Plus, what it brings to the mid-range price segment is something far better. The camera on the Moto G5 ships with something called Dual-Pixel AF, an autofocus technology that is only found on the much more expensive Samsung Galaxy S7. Essentially, it is the same thing as Phase Detect AF, but instead of having just 5 percent or below a number of pixels dedicated to the task, the Dual Pixel AF turns all the pixels on the sensor to act as phase detect pixels.

First, the autofocus is incredibly fast and accurate. Second, to daylight shots are vibrant and crisp with solid contrast. The default app allows you to shoot in “pro” mode, but unfortunately, there is no option to shoot RAW. Rating: 7.7/10

Selfies are a big deal with smartphones, with some companies putting more emphasis on the front camera than the rear. The Moto G5 Plus, however, takes a more balanced approach to the subject. Many companies are starting to implement this feature, which allows for a panorama-type shooting using the front camera to include large groups of people in selfies. In our use of the front-facing camera, we found that while it is not as impressive as the primary in low light, it could definitely hold its own in good light. Rating: 5.9/10

Motorola had the foresight to switch out the plastic build of the Moto G4 Plus with an all-metal build for the G5 Plus. It should be not that it is not a “uni-body” design by any means. The back feels like it is essentially a plastic outer body with a metal plate in the centre. It is not a removable back, which is disappointing. We are used to seeing tiny, square-shaped fingerprint sensors on Motorola devices that have had mixed success at their sole job. Many times, the sensor area is so small that people have reported having trouble unlocking the phone in their first try.

The phone has a thickness of 7.7mm; however, thanks to the camera module that sticks out of the body, the thickness in that particular area goes up to 9.7mm. While we don’t mind the thickness, what is really annoying is that every time the phone is placed on the desk, it rests against the camera module, making it prone to damage and scratches. Rating: 6.9/10

The Moto G5 Plus runs stock Android 7.0 Nougat. This is probably why we have seen such great performance from the phone despite having a mid-tier processor. The phone is easy to setup and the organisation of settings in the system menu is predictable. We really like the fact that the UI is predictable as it denotes consistency.

Moto G5 Plus runs stock Android, the experience of using the phone is extremely good. Multi-tasking is smooth, switching windows is stutter free, and the memory management ensures your tasks are not interrupted mid-typing. However, there were instances where we faced random app crashes, but that was less than three times over a span of seven days. Rating: 7.1/10

While the battery life on the phone is good quiet good, what was somewhat disappointing is the amount of time it took to charge the phone back to 100%. Using the supplied charger, the phone took 135 minutes to charge from completely dead to 100%. This is with the phone turned on, but the screen off. There were no phone calls or messages entertained during this time. We’ve seen other phones with the same battery capacity charge a lot faster, so we were a little let down by the 2+ hours of charging time.

Moto G5 Plus comes with a 3000mAh battery that can be charge quickly thanks to Turbo Power charging. In our use, the Moto G5 Plus consistently lasted over a day of heavy use. Typically, the day would start at 8 am and by 9 am the next day; the phone would hit the 5% battery mark. This is of course in conditions of excessive use. Rating: 8.3/10