The Apple phone 7 is available in three variants, 32GB, 128GB, and 256GB. The Apple iPhone 7 was one of the most talked about phones of 2016, much before it was launched It also carries a small camera update. Apple managed to stir the hornet’s nest by removing the 3.5-mm port with the iPhone , and drew all sorts of criticism from all over the world. To begin with, one of the smallest visual changes is the moving of the antenna bands – the two iconic bands, running near the top and the bottom of the device have now been moved towards the edges and the bands actually don’t show up on the back panel but instead are visible at the extreme top and bottom. However, it’s the little things with the phone that make the iphone 7 different from the 6 and 6s. This might be a good thing because this design feature was being incorporated by a lot of manufactures into their devices’ designs,  and was becoming pretty common. The Jet Black colour scheme, available only in top-of-the-line models, is a real looker, but is also a smudge and scratch magnet.

We loved the way our camera images looked very natural and had near-perfect colour reproduction, when we compared them by viewing the same samples on a bigger, more calibrated display. The IPS display on the iPhone 7 offers a wide range f viewing angles, while retaining contrast and sharpness, and offers decent sunlight readability though.  Apart from retaining the 4.7-inch screen size, the phone 7’s display also retains the same resolution as the 6s, of 1334 x 750 pixel density of 326 ppi. There are not any tweaking options available with the display, apart from the usual Night Mode, which turns the display into adopting a warmer tone to reduce strain on the eyes.

The iPhone 7 is packed with the A10 Fusion SoC, which is more powerful than the A9X. There are a few firsts with the phone 7 under the hood as well – and that is the usage of a quad-core CPU for the first time in an iPhone.  There have been times when we have tried heavy multit6asking with an phone 6s – using iMovie, Garage Band and Light room at the same time, along with WhatsApp, Facebook, some 10 tabs on Chrome, and the Music app running too-and the 6s has faltered and given up. This didn’t happen with the iphone 7 at all. Our favorite bit of the review process with the iPhone 7 was with its graphics department – there’s a new six-core GPU that renders even the heaviest of games so fast that it almost looks like a piece of cake for the phone.

The new camera on the iPhone 7 has a wider f/1.8 aperture, a six-optic lens, and optical image stabilization (OIS) – the last bit was reserved only for the bigger Plus models, and getting OIS in the smaller from factor is good news. The wider aperture, apart from creating a shallow depth of field effects, also allows the sensor to take in more light.

The other good bit about the new camera is the OIS – while the wider aperture lets more light in, there are conditions where the shutter speeds are still relatively slow, and OIS helps you get photos without blurs and shakes. As there’s more light going into the 12 Mega Pixel sensor, there’s less digital noise in photos taken inside a restaurant or in a house party. This also helps with videos Just make sure that your subjects are not prancing around while you are clicking them in low light.

The front-facing camera is now a 7 Mega Pixel shooter, that comes with a screen-simulated flash and HDR and Live Photos modes as well. And looks pretty we did, because the front snapper on the iPhone 7 manages to capture good details with very less lens distortion in decently-lit conditions. Old as we are, we could not figure out the best angles for good selfies, so we handed the device over to our teenaged cousins, who knew the best way to make us all look pretty.

We got just a little over 6.5 hours of continuous usage with the iphone 7 as our primary phone, while using intermittently (emails, juggling between browsing, Snapchatting, Instagramming, WhatsApp and little bit of Gaming) we had to charge the phone once just before we left for home at the end of the work day (which started at 10am, fully charged). The iPhone 7’s battery charges up quickly to full with the default charger in around 90 minutes, which is a good thing because the battery life (as with the 6s as well), is just about average.

Apple has always claimed that it’s about how the software manages the battery, but we really couldn’t disagree more. The battery capacity of iPhones has always been below par-the 7 has a 1960 mAh battery unit, which much smaller than the batteries of other flagship models (3000mAh has become the unofficial industry standard). On the video loop test, we got around 7 hours and 35 minutes of playback on loop. In realistic terms, the iPhone 7 does not even give one full day of work on a full charge.

Apple’s major software update with the iPhone 7 comes in the form of IOS 10, Apple mobile operating system for iPhones, iPads and iPods Visually, there aren’t many changes in the interface. For first time users, though, it would take a while to get usede to the ecosystem – we put a couple of days tops for the average user. First of all, Apple has tried making iMessage more like an amalgamation of FB Messenger, Snapchat and WhatsApp. Apple hs always managed to maintain a level of consistency with its user interface. That helps existing iPhone users to move to a newer version fairly easily, without losing any sense of familiarity. 3D Touch is essentially Apple’s technology wherein you can select different commands for an app by applying different levels of force with your touch. The noise cancellation for calls is best in class, and while using the regular microphone, the people on the other end could hear us clearly, whether we were in a car stuck in traffic, in the middle of the road or inside a movie theatre. The iPhone 7, like its predecessors, has good call quality. The earpiece is also quite loud and clear even under the noisiest conditions, and Apple has increased the speaker volume of the iPhone 7, as a compared to the iPhone 6s.

The Apple iPhone 7 is available in the following three variants

It is a significant upgrade in terms of camera and performance for anyone moving up from an phone 4s, 5, 5s, or 6. If you are a 6S user, then maybe it’s okay to wait for the next iPhone because to be honest there isn’t much of a difference.  The performance of the 6S struggles only when you overload it to the point where you might call it digital torture. However, we would seriously the iPhone 7 to imaging enthusiasts and maybe even pros, and also creative professionals who need some serious graphics and processing power in their pocket. 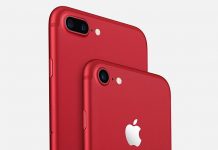 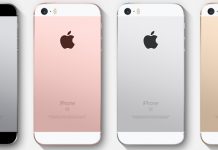 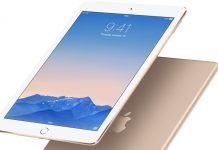