Desire was one of the first manufactures to features a dual camera setup. an Ultra pixel resolution and a metal uni body design among others. HTC has been etches in our memories as the manufacturer that brought many first to the user. HTC has lost that reputation, as it has not produced any devices packing path-breaking innovations. The HTC Desire 830 Dual SIM seems to being all caught up in this foray, struggling to make an impression on the buyers. In addition, it makes the Pixel for Google, but that is a completely Google branded phone. 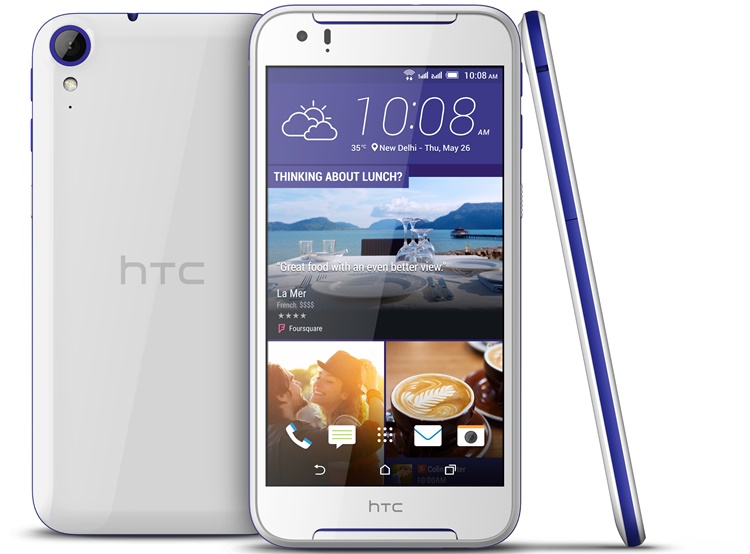 In terms of display experience, the HTC Desire 830 offers a very vibrant experience. The HTC Desire 830 uses an IPS LCD display panel, which is quite standard for this price range. The colours are slightly oversaturated, and the colours are slightly base towards the warmer side. This 5.5-inch display panel supports a resolution of 1920 x 1080 and offers a pixel density of 401 ppi. This kind of colour reproduction is great when you are watching an action movie or an animated comedy, or watching Moto GP videos on YouTube. The red were especially too hard on the eyes and the green and blue too were slightly loud.

The colours do not wash out under harsh sunlight, and it offers good minimum brightness readability for nighttime usage. While the manufacture has not outed an official, brighten rating for HTC Desire 830, the device offer good readability under direct sunlight. Rating: 6.6/10

The HTC Desire 830 body made of plastic, but feels quite sturdy. The HTC Desire is a device that definitely stands out from the multitude of devices that follow the most conventional design language of these days. The glass front looks and feels good, and the dual front-facing speakers at the top and the bottom of the screen look very well designed. We had mixed feelings about the ergonomics of the HTC Desire 830 Dual SIM. The plastic body of the HTC Desire 830 is encasing with in a metal frame, and that bolsters the users’ confidence about the device’s durability.

People with small to medium sized palms will definitely have issues with using the phone with just one hand. What we do have a problem with is that the SIM card and Micro SD card slots are covers with a plastic flap that tends to pop out very easily. Rating: 6.3/10

The HTC Desire 830 has a 4 Mega pixel front facing camera, but it is an Ultra pixel unit, with a 1/3 inch sensor and a 2m pixel size. While most have added a front-facing flash unit or a screen-simulated flash and amusing filter, some have even gone for a dual-camera setup on the front. However, the colour reproduction is a terrible disappointment as it massively over saturates reds and even makes certain shades of orange look fluorescent. There are a few modes and presets that one can play around with, such as a photo booth mode, where you can take 4 photos one after the other and have them stitched in one image. Rating: 5.6/10

The HTC Desire 830 does not get a USB Type-C slot, and carries a Micro USB v2.0 port instead. It also does not offer OTG compatibility. Packed into the HTC Desire 830 Dual Sim is a MediaTek MT6753 octa-core processor, with a 3 GB RAM unit. You also get 32 GB of internal storage, and the option to expand the storage through a Micro SD card slot. In our gaming tests, the HTC Desire 830 had many problems. While playing graphics-heavy games such as Asphalt Xtreme and Asphalt 8, the HTC Desire 830 tended to show many lags also stuttered a lot during game play. The HTC Desire 830 also fared quite poorly in the photo editing tests. Rating: 5.9/10

In our battery tests, the HTC Desire 830 Dual Sims battery would last for a little less than a full working day. The HTC Desire 830 comes with a 2,800-mAh battery, which is only average in terms of its performance. Our usage would include a little bit of gaming and mostly social media apps over Wi-Fi network. We got a rating of 6 hours and 15 minutes. The battery showed that it had charged up to a 100% when it was switches off, but when we turned the device on it sharply dropped to 85%. Another problem with the HTC Desire 830 is that the manufacture claims that this device as fast charging, but that claim is false as it only offers a 5V and 1.5A charging standard. We continued using the device through the night and it finally died at around lunchtime. Rating: 6.2/10

HTC Desire 830 Dual SIm one of the biggest problems is that is runs a rather dated Android 5.1. Lollipop, and has cleverly tried disguising it with HTC Sense 7.0 UI overlay on top. You can also do the usaual tweaking, such as font styles and sizes, keyboard and dialer colours and changing the layout of the on-screen navigation buttons. The other problem is the lack of OTG support. For instance, the phone lacks VoLTE support. We the Sense UI and there are many other minor problems. Normally, when you plug in an Android phone into a PC via USB, you get the options to charge only, transfer photos only or to transfer files via MTP. Rating: 6.6/10

The audio quality of the HTC Desire 830 Dual Sim is quite good on the loudspeaker. The HTC Desire 830 front-facing speakers, with what the Taiwanese manufacturer calls the HTC Boom sound, compatible with Dolby Audio et al. The noise cancellation works very well under all sorts of situations, ranging from a crowed Highway to the insides of our office. The earpiece and microphones too are quite good for making phonically. Rating: 8.0/10 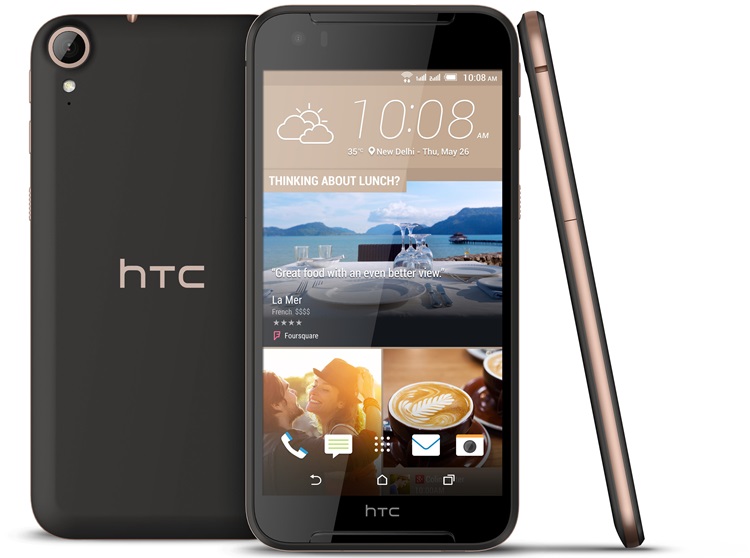