OnePlus 3 was a strong contender from the Chinese company that matched the specification and performance of many flagships. The phone is getting phased out in favour of the OnePlus 3t a mildly upgraded version of the third flagship. While there are some who feel happy to have a OnePlus Phone running Qualcomm’s latest Snapdragon 821 processor, many feel that the company could have waited a little longer to push out a true upgrade, or the fourth generation flagship killer. One Plus 3T Features

While the OnePlus 3T was initially available only in Graphite colour however, the OnePlus 3T come in what it call Gunmetal Grey, which is as lightly copper-ish tone to it. The OnePlus 3t will also come Soft Gold a shade that is common between the two phones. Companies pushing out flagships devices are starting to incorporate some level of water and dust resistance in to their phone.

The Samsung galaxy S7, the Apple iPhone 7, Sony Xperia XZ and even the HTC 10all come with some level of protection against water, but the OnePlus 3T doesn’t. The lack of water and dust proofing is disappointing. It OnePlus was going to release a new Phone , The company could have looked into incorporating this feature into it.

OnePlus 3T is very good looking mobile and well built as the OnePlus 3. Which we were already rated very well in our review of the device. RATTING: 7.5/10

The OnePlus 3 has chosen to stick with the 6GB RAM module and with the Snapdragon 821 at its heart, we really see the OnePlus 3T roar. Geek bench results reflect a similar state as you can see in the screenshot below. We played each of the game for 30 minutes, each three times. The games play out beautifully, without a single hitch. The multi touch response is flawless and the gyro sensor steer the car accurately.

We loaded 6 RAW DNG files from a D Mark 2 into the phone’s internal storage and ran them through both Light room and Snapseed. First with Light room, it took the 27 seconds to import all six files, which is mighty impressive. Previews were generated real time, something that you can expert from a phone with such high end specs. For those who prefer to edit their photos extensively, you are find that is not a photo that the OnePlus 3T can’t handle.

This experience is pretty much the same we had with the OnePlus 3in many ways. It makes us wonder why it was necessary to phase out an already very adept very adept mobile phone. Regardless, the OnePlus 3T is every bit a challenge to existing Android flagships in terms of its performance.

With the new Android 7.0 based Oxygen 4.0 ROM, the OnePlus 3T gets a number of tweaks. For starters, OnePlus 3T is encrypted right out of the box, yes, even if you get one with Oxygen 3.5.3ROM. What you do get is the peace of mind that when you factory reset a phone that has storage encryption enabled, all data that was stored on it is erased and scrambled.

OnePlus 3T came preloaded with Android 6.0 however, the company was quick to release Android 7.0 based Oxygen 4.0 ROM, which is now widely available. There is no prompts for additional sign ins or permissions, given that Oxygen 4.0 has close to no bloat ware. If our extensive use of the phone, we seldom found any apps or process crashing, or even slowing down for that matter.

In the previous version of the OS, the sRGB mode could be found in developer mod, an option that wasn’t accessible by default. Paired with the great hardware that the OnePlus 3T runs, the OnePlus 3T will serve you well without any concerns. RATTING: 8.1/10

The primary camera is 16 Megapixel sensor as the OnePluse 3, in that it’s the same Sony IMX 298 sensor, same pixel count the same pixel pitch of 1.12 microns. Typically, we tend to see corner sharpness drop noticeably on most cameras, but the lens on the OnePlus  3T is sharp across the board. For the purpose of our test we only shoot JPG, even though the OnePlus 3T allows for shooting in RAW by defult.

The camera did struggle to focus in situation where there was practically no light. In such situations, even the images had immense noise. The images still look good, especially if all you care about is sharing them on social media. On the video front, the OnePlus 3T offers resolutions as high as 4k. The excellent picture quality, just it does on photos. If you shoot 4K, please know that the recorded footage is of low bitrate, ad shouldn’t be compared to 4K footage shot on professional camera. While we are fairly happy with the video quality of the OnePlus 3T’s primary camera, what we didn’t like was the inconsistent AF performance. RATTING: 8.0/10

This is great if you’re into taking selfies, especially travel selfies against picturesque backdrops. The effect is most prominent on people with round faces. This isn’t as much a flaw of the camera, but more so of the fact that a wide angle lens will always succumb to distortion after moving past a certain distance.

The dynamic range on the sensor is a little on the lower side, with highlights often being sacrificed for shadows detail. The sensor can shoot 1080p video at 30 frames per second, and while the camera is okay for social media content. The auto white balance gets tricky, especially indoors and in mixed lighting conditions. RATTING: 5.9/10

Our performance test revealed that both the phones performed exceptionally well, leaving us to wonder if the hardware has started to exceed the demands of software. There is no reson why we wouldn’t recommend that two phones differ significantly is the fact that the OnePlus 3T now comes in two storage options 64GB and 128GB.

The company could have waited till the release of the Snapdragon 835 SoC was in the market to release a phone that came with the most powerful offering from Qualcomm, but also incorporated features like water resistance. OnePlus 3T Photographers might find the AMOLED display a little bothersome with its lack of colour accuracy  and those with a very active lifestyle might feel let down with the of water resistance. RATTING: 7.9/10 Conclusion: This phone is very popular OnePlus  mobile ‘OnePlus 3T’. This phone is very nice and its battery life is superb, so you want to ask any thing about this or related our post you can contact us on this website ‘MirchiTech’. And you can also comment us in our comment box, what you want to ask. And you can also rate this phone in our comment box, your comments we will accept respectively. “Thank You”. 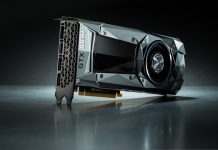 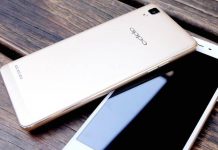 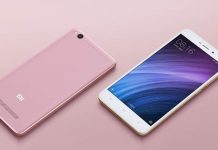