OnePlus 6 Review – The much awaited smartphone from oneplus is now officially available. Thanks to the leaks and spoilers that helped the brand to achieve unparalleled pre bookings. The OnePlus 6 is expected to be one of the biggest smartphone launches of 2018. With More specifications than what normal gadgets avail, The OnePlus 6 has already won the heart of many tech geeks.

It has Snapdragon 845 CPU capacity and beautiful 16 and 20 Megapixel cameras. The Midnight black color off the device allows you to flaunt it publicly. Alternatively you can choose Silk white color options in case you already had black smartphone earlier. 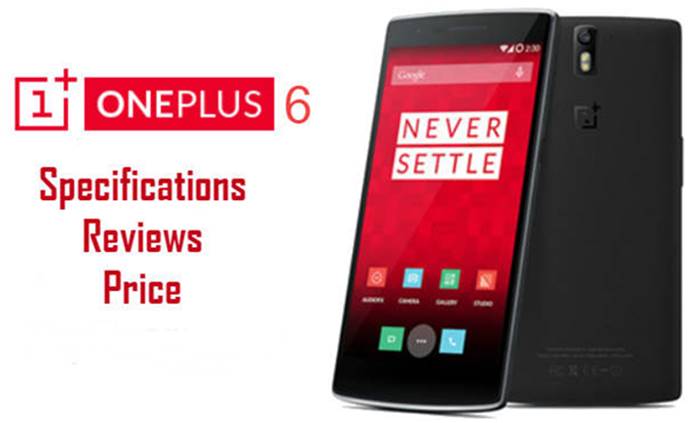 When to Expect The Release of The Device?

The smartphone release date is expected at 22nd May 2018. However, the buyers can buy it from June onwards. The company has launched a limited edition of silk white. Therefore, it might get out of stock and you would have to buy either midnight or mirror black as the only option left.

The price of the graduate is expected somewhere around 569 euros for 256 GB variant and 519 euros for 128 GB variant..

The OnePlus 6 is the next updated version of oneplus 5 model. There are better specifications like added ip6 7 certification, wireless charging support and super slo-mo mode.

The brand ambassador of the OnePlus 6 is Amitabh Bachchan, the leading Indian actor. The Android authority gave us the first look of the silk white model that has an aluminum build, gold trim and glass finish. The body has a glossy finish in case you choose black variant of it.

The device comes embedded with Snapdragon latest processor that is coupled with 845 CPU. The adreno GPU provides considerable amount of Ram to the device. With 8 GB RAM speed; you cannot imagine how fast the gadget can multitask. The faster Ram capacity and quick performance along with faster response unbelievably saves battery life up to 30%.

The OnePlus 6 Screen And Display

The 6.2 inch long screen with full optic amoled display is the biggest plus point for the device. The highest resolution launched up till now deliver the pixel density of 402 PPI with 2280 x 1080 resolution all together.

The full size screen off the device have similar footprint as of iPhone X. It has a slimmer body build that makes it look cool and magnificent at the same time.

The Gorilla Glass located at the uppermost layer of the device provides it absolute waterproofing and dust protection. One can clearly see that the smartphone has better water resistant features through the new foam sealant.

The company has used silicon to cover up the button of the handsets so that water does not penetrate in case accidental water Splash. Also, it is noticeable that the device is not waterproof because during diving, water can seep within the device thereby spoiling it forever.

The Alert slider is located towards the right hand side of the device. New redesigning gives fingerprint scanner and opting for a vertically aligned camera towards the rear end of the phone find the optimal positioning of the buttons and hardware allows the phone to reintroduce the one plus brand once again.

Display has a round cut out for 16 megapixel front facing camera that works better than normal Android gadgets out there. The OTA support automatically updates the functionality of the device and users can enjoy better features effortlessly. The 16 megapixel sensor is almost 19% larger and consolidated done it earlier version.

Secondary camera unit has 20 megapixel lenses that allow you to captivate high quality pictures. Earlier, there were rumors that The OnePlus 6 is planning to introduce super slow mo mode for 90 FPS shooting capacity. We are not sure about this feature. But we can say that the Upgraded camera definitely works better than the normal industry standards. The video editing tool allows you to give oomph factor to the captivated imageries.

The software of the device is powered with none other than the latest Oreo 8.1 operating system. It absolutely supports the best of gaming and promises faster response. The loading time is almost cut into half to the new data prioritization teacher present in the device.

We would also like to tell you that the OnePlus 6 has 3.5 mm headphone jack, dual sim port, dash charge support, USB C port for charging and four G LTE support. All together, the single gadget is a repository of multiple specifications and Hardware configuration.

The unveiling of The OnePlus 6 is expected to take place in London somewhere around 16th of May around 5 p.m. according to the United Kingdom time zone.

The color availability has been already enlisted by us right in the beginning. However, we would like to tell you once again that mirror black, midnight black and silk white are the three color variants available for the buyers.

We are just few days away from the official launch of the one plus 6. Already, we can see the buzz and excitement about the confirmation of the astounding handset. The much featured device has equal zeal just like iPhone x series had.

The device is already done a quite good job in United Kingdom and is expected to soon get available throughout the globe. You can probably buy 128 GB version initially. However, later on the company is planning to launch the remaining versions as well. The device offers competitive trading and has been created with competitive features. The incredible journey of The OnePlus 6 leaks till The OnePlus 6 launch has given it much publicity.