Oppo has finally launched the Oppo F3 Plus in India, its first smartphone to come with dual front cameras. Interestingly, it was Vivo that was the first to introduce dual selfie-cameras and given that both Oppo and Vivo are owned by the same parent company, this comes as no surprise. The Oppo F3 Plus has been launched for a price of Rs. 30,990 and will be available on Amazon, Flipkart and even Snapdeal starting April 1, 2017. Pre-orders for the phone begin today, March 23, 2017.

The Oppo F3 Plus is powered by the Qualcomm Snapdragon 652 processor paired with 4GB of RAM. The phone has a 6-inch full HD display with a pixel density of 480ppi.  The phone runs on Android 6.0.1 with a layer of ColorOS V3.0 on top. 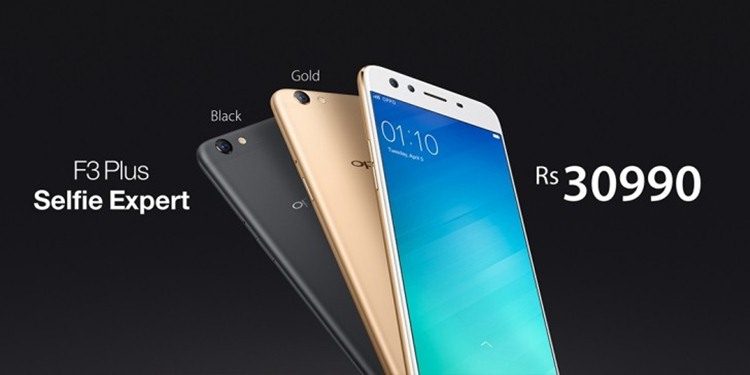 Oppo F3 Plus with Dual-Selfie Camera

The phone has 64GB of internal storage which can be expanded up to 256GB, but the microSD card will eat up one of the two sim-card slots. Speaking of the front cameras, there is a 16+8 megapixel setup with a flash on the front along with a 120degree field-of-view. The camera on the back is a 16-megapixel shooter. All of this runs off of a 4000 mAh battery that supports company’s proprietary VOOC charging.

Oppo has always followed a more premium pricing strategy in India, which is why the phone is priced at Rs. 30,990 while the Vivo V5 Plus which also has dual front cameras is priced at Rs. 27,980. India has been particularly kind to the Oppo brand as according to IDC, the company has featured in the top five brands to have captured the market share in India.

The Oppo F3 Plus is priced in a very tricky price bracket, standing right next to the OnePlus 3T which has a far superior processor and RAM. It might be difficult to justify spending this kind of money for a mid-level processor.