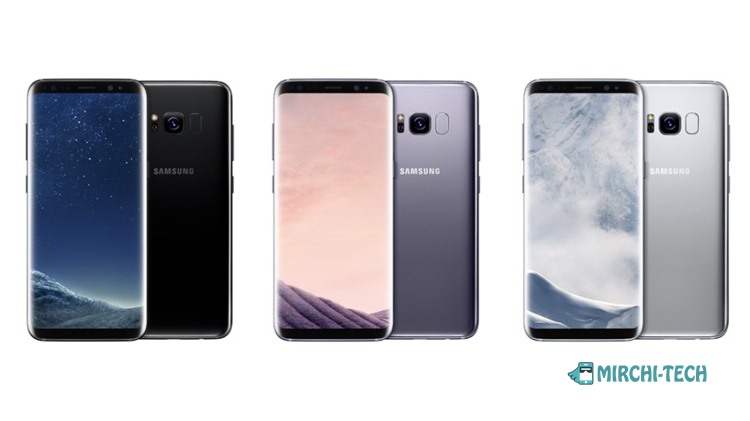 At first glance, the devices don’t really come across as a phenomenal update to the Galaxy S7 series that is until you actually hold the device. Samsung’s push on Infinity Display isn’t just about a bezel-less screen and the Exynos 8895 processor isn’t “just another upgrade.”

We got a chance to spend plenty of time with the Galaxy S8+ specifically to really get an understanding of what the hype is all about. To start off, the Samsung Galaxy S8+ boasts of a 6.2-inch display, measured diagonally. If you compare this to other phones that are currently in the market with a similar 6-inch type form factor, you’d realize just how impossible this form factor is to hold.

Samsung eliminated that problem by increasing the height of the device while keeping the width more or less the same as you’d expect from a 5.5-inch Smartphone. The result is a tall device that is actually far easier to grip, thanks to a smaller girth. It makes the phone much easier to hold, which should be a relief for those who are afraid they might drop the device.

In our time with the phone, what was apparent is that Samsung has chosen to not fool around with the things it got right with the Samsung S7 and Samsung S7 edge; that is, the design language. While the display sure is almost edge-to-edge, the frame of the phone is still identical to that found on the Samsung Galaxy S7 edge.

It has got the same tapered metal lines running along the frame that gently curves upwards to provide a snug fit for all that glass that makes up the front and back of the phone. Being made of glass, the phones are still susceptible to retaining fingerprints, but we noticed that to be the case more so for the back of the phone than the front.

In terms of software, our brief time with the phone was obviously very satisfying. The reason being, none of the demo devices had been loaded with data or apps. 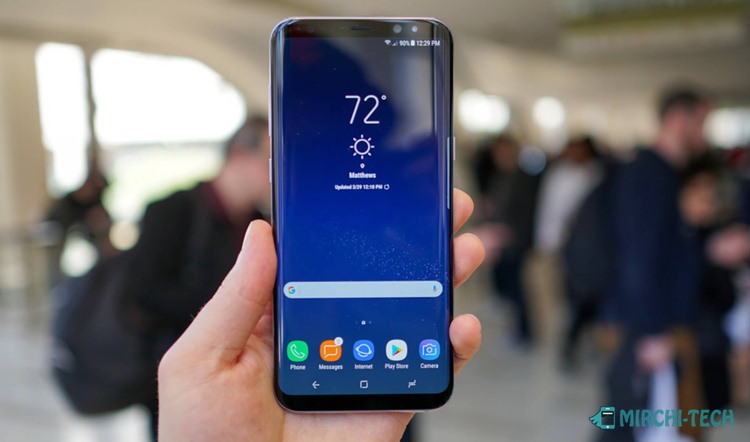 Being fresh, out of the box, the phones were obviously performing at their best, being quick to launch the browser or the camera and even switching between apps was fluid. This is the same kind of fluidity we’ve seen from the Google Pixel XL and it is very impressive.

The Iris scanner works very well, even in no light, given that it uses an infra-red sensor to light up the iris before scanning it. We found that the sensor failed to unlock the phone only twice out of the ten odd attempts that we made.

The presence of a headphone jack is rather comforting, given that the audio output from the Samsung Galaxy S7 was pretty good, so we’d expect the same, if not better from the S8+. You can see a collecting of images of the device below for your viewing pleasure.

However, before you quickly jump down to the slideshow, it should be noted that at a time when manufacturers are trying to wow their customers with new and innovative (and sometimes even outlandish) features and promises, Samsung has done with the Galaxy S8 what it knows best.

It focused on display, which it is a market leader in. It didn’t tamper with the basics of the camera from the S7 series, given that it was regarded as one of the best. What Samsung did do, was to tweak the camera interface and offer more software-based features that are bound to find themselves being favored by plenty of youthful audiences.

The big gamble here for Samsung is not really the phone, but more so Bixby, which is the company’s own AI-powered assistant. Samsung insists that it is very deeply integrated into the hardware and learns from everything that happens on the phone.

This will help the AI truly be an assistant that can take care of some of your needs even before you ask it to. Bixby is yet to launch for English speaking markets. So we didn’t get a chance to take the AI for a spin and hence we will reserve judgment on that for a time when we can legitimately give a verdict on the efficacy of the assistant. Until then, enjoy the photos of the phone. 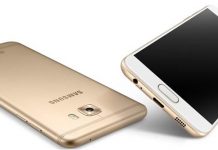