Samsung introduced the new era of Smartphone on Wednesday, all display, nearly bezel-less Samsung Galaxy S8 and Galaxy S8+. The ‘infinity display’ Galaxy S8 and Galaxy S8+ is integrated with Samsung’s in-house AI ‘Bixby’, ‘Dex’ desktop dock, comes with iris scanner (previously found in the Galaxy Note 7), facial recognition, IP68 water and dust resistance. As leaks revealed almost everything, Samsung at the launch event added some brief on each of the important aspects of the flagship. But what the South Korean tech company forgot to mention is that the new Smartphone gets an upgrade in its connectivity with the latest Bluetooth v5.0. 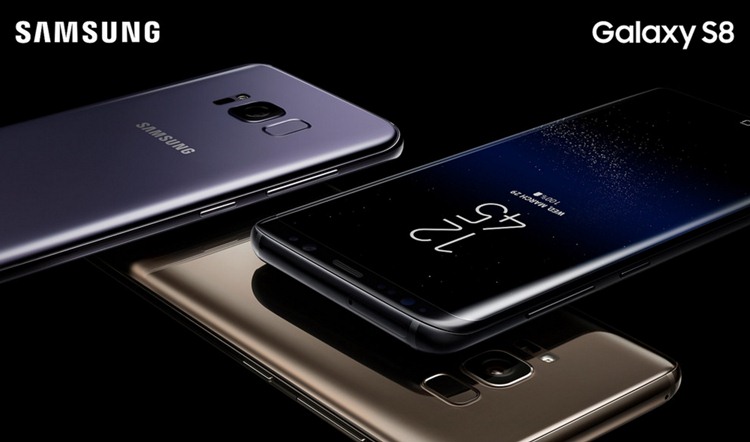 What is the difference between Bluetooth v4.2 and v5.0?

The difference as compared to the previous version Bluetooth (v4.2) is that the Bluetooth v5.0 has twice the transmission speed for files along with being better optimized for power consumption. Bluetooth v5.0 gets 800 percent increase in data broadcasting bandwidth for connection-less traffic and quadruple range while operating in low-energy connections. Besides, the new standard brings reliable support to IoT (Internet of Things) connections. The connection-less services like a beacon and location-based technology deliver smooth usage that extends beyond the corners of the house or outdoor.

What is the advantage of having Bluetooth v5.0 in the Galaxy S8 series? Bluetooth v5.0 has increased bandwidth which can support two independent set of wireless devices simultaneously. This has resulted in the Samsung Galaxy S8‘s Dual audio feature. The feature gives the option to stream audio from one Galaxy S8 device to two separate receivers at the same time. Moreover, with four times the range compared to its predecessor, a device with Bluetooth v5.0 will be useful as a portable device.

But it is more than just audio streaming

It’s not only about streaming audio in two wireless devices, the Bluetooth v5.0 on the Galaxy S8 will have the capability of maintaining connections of up to 800 feet away from the Smartphone with other compatible devices. Apparently, the support to Lot connections will enable the user to connect the Galaxy S8 to other physical devices, smart devices (compatible of course) and collect/exchange data from anywhere while staying indoor or outdoor as well. With the increasing speed in the new standard, the data transmission will take lesser time and power consumption will be less even while sending large file size.

But of course, with splendid features comes a bigger price tag. The Samsung Galaxy S8 and Galaxy S8+ will have a starting price of $750 and $850 respectively, a steep price to pay just to be able to listen to music on two separate Bluetooth headphones simultaneously. Interestingly Samsung’s newest flagship Galaxy S8 and Galaxy S8+ are the only Smartphone that comes with the next-generation Bluetooth v5.0 connectivity. Samsung says that the Bluetooth v5.0 in the Galaxy S8 series will deliver the speed of up to 2Mbps. We can only hope that Bluetooth 5.0 starts becoming more mainstream across Smartphone in the coming months instead of being a flagship-only feature.