The success of dating apps is measured by the number of their users. If people keep using a particular service, it means the developers did everything right. A lot of new apps have appeared in the recent years.

Some of them come and go, but some gain their audiences. At the same time, there are some tried and tested dating “monsters” that seem to be deeply ingrained in our daily online dating routine. Here are the most popular dating apps of this year. 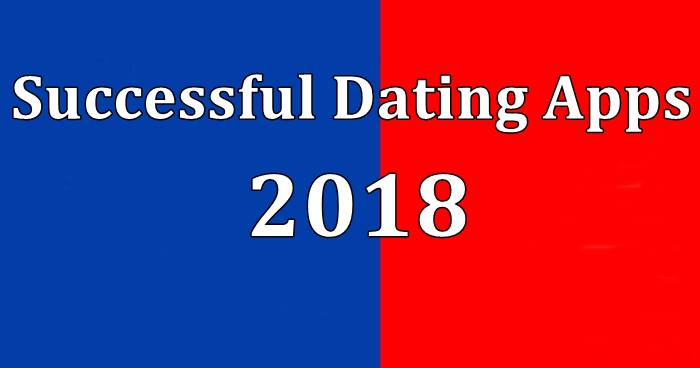 It seems that the good old Tinder will always top the lists of dating apps. People like the simplicity of the app, and most of them are not ready to quit the swiping game. It’s no longer a hookup app, as people look for different kinds of relationships on this app. 27% of millennials use Tinder. The newbies at online dating usually choose Tinder as their first dating app where they can chat with single women and men.

Who knows, maybe the love of your life is that charming stranger you see every morning at your local café. Or maybe you walk the same routes with your soul mate but don’t notice one another. This thought doesn’t let millions of people around the world sleep, so they use Happn. This location-based app shows you people whom you crossed paths with recently.

PlentyofFish totally lives up to its name, as the number of people using this app in 2017 was 90 million. At the stage of registration, the app asks you several questions to test your personality and find you the best matches. The tactic is to swipe right or left. You can also see the matches near you, as in Happn. The app is free, and this fact makes it even more attractive.

Finding your soul mate is all about being patient. Every day, each man on the app is offered 21 matches. His task is to like or pass. Then, a woman is given a list of men who already liked her profile, and she has to make a choice whom to write. This is the principle “men like to select, and women are selective” in action.

The chatting feature is available only for 7 days, which means people have to exchange their phone numbers at least. This promotes the idea of online dating – meet online, continue building a relationship in real life.

It is very much like Tinder but only at first sight. The idea behind Hinge is to match people with their Facebook friends’ friends. Since we don’t have time to hang out in the social circles of our friends, Hinge will do it through Facebook. When you run out of possible Facebook matches, Hinge will present you another bunch of candidates based on your answers.

People are compatible on different levels. One of those levels is their musical taste. Tastebuds is one of those niche dating apps that are focused on some particular interests of people. And in the case of Tastebuds, it is people’s tastes in music. Apart from finding a romantic partner, people use this app to find a buddy to attend a festival or concert or just to exchange good music.

While other apps tend to find you a match based on common interests and likes, Hater matches people based on the things they hate. First, you need to swipe left or left on topics offered by the app. Your answers are then attached to your profile so that potential “haters” could see what you hate. When scrolling through potential matches’ profiles, you won’t find their bios. Instead, you’ll see the top thing they hate.