MirchiTech.com
Home Latest News Today Lauch Samsung Pay In India: All you Need To Know, How...

Hello, Friends welcome to the mirchitech blog and I am jimmy. Today I want to share something special with you, and it is today launch Samsung pay in India: All you neet to know, how it works. Android phone maker Samsung will launch its digital payment application, called Samsung Pay, in the country on Wednesday as Indians look to shift to newer payment methods after Prime Minister Narendra Modi’s demonetization exercise. 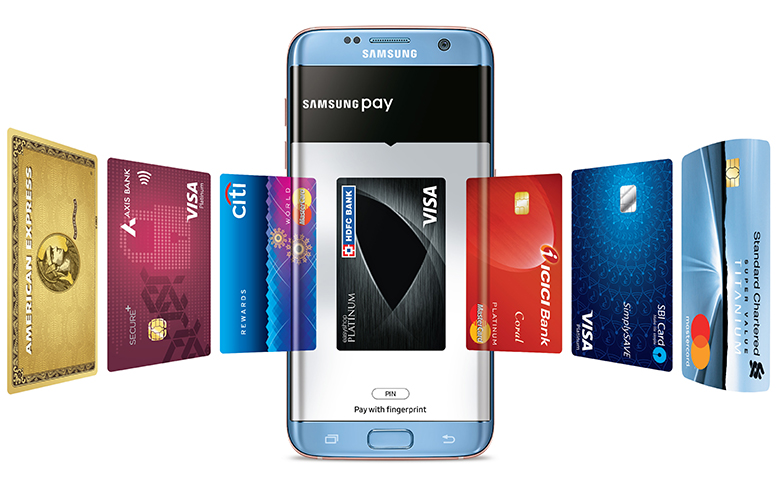 The early access service is available only with a few banks – Axis, HDFC, ICICI, SBI, and Standard Chartered. Samsung is expected to add support for Citibank and American Express soon.

Also Read: – How To Increase Battery

Samsung phones like the Galaxy S6 and Galaxy S6 Edge alongside the upcoming Galaxy S8 and Galaxy S8+ are also expected to be compatible with the service. Other handsets that are eligible for the early access programme are also set to receive Samsung Pay support via a software update.

Samsung Pay works with both NFC (near field communication) and MST (Magnetic Secure Transmission). This means it works with any payment terminal (card swiping or reading machine) that accepts either the traditional swipe feature of the card or contactless payments (a method of payment that doesn’t need the card to be physically swiped but instead can just be waved over the terminal).

Samsung Pay How it works

A service that users of Samsung S7 Edge, S7, S6 Edge Plus. A series 2016 and 2017, and Note 5 users will get via a service update, will be available on Visa, MasterCard and Rupay payment cards. ICICI, HDFC, Standard Chartered, SBI, Axis bank cards will be supported, along with Paytm and Amex cards. UPI and CitiBank card support is also expected to become available soon.

So, how does this work?

After updating their Samsung phones to the latest software. Users can open the Samsung Pay app and link their bank or Paytm or credit/debit card accounts.

First, a user must first link their card or wallet to the Samsung Pay account.

For phones, the user can then make a transaction by swiping the pay service from the bottom of the screen. The screen will offer options of cards or accounts to pay from. The user selects the card and brings it close to the POS (point of sale) machine. Once the merchant has entered the amount of the transaction. The machine connects to the payment gateway and asks the user for the bank/ATM pin. Entering the PIN completes the transaction.

In the case of the Gear, S3. The user can open the service by swiping up and then selecting the card or account to pay from. Once the selection is made, a ‘pay’ button appears on the screen. Tapping the button and bringing the device close to the POS machine will complete. The transaction in the same way as in the case of a phone.