MirchiTech.com
Home Latest News Xiaomi CEO: We Are Back To Healthy Growth, Betting Big on India

The rapid growth Xiaomi once experienced has slowed down in the recent years, which is something the company plans on changing soon. The Chinese manufacturer wants to get back on track by increasing its presence in India, where it is already quite successful. It started doing business in the country about two years ago and has invested around $500 million since then. In a recent interview with Bloomberg, the company’s co-founder, Lei Jun, said that Xiaomi will invest another $500 million to expand its business in India over the next three to five years.

“We faced many challenges. Many negative reports about us. But it was never as bad as it was made out to be. We have gone back to healthy growth. We will resume rapid growth in the next two years,” Jun said. So far, business has been good for Xiaomi in India. It is the second biggest smartphone manufacturer in terms of sales in the country and generated over $1 billion in revenue last year. It has bold plans for 2017, as the company wants to double its revenue to $2 billion.

Xiaomi CEO is betting big on the India market

Without raising prices, which is something we hope Xiaomi doesn’t plan on doing, the only way to achieve this goal is to increase sales. Lei Jun said that the company will take more “controlled risks” in India including increasing production closer to projected demand and moving away from its reliance on flash sales. It also plans on doubling its offline retail presence, so that it can get its devices in front of more consumers.

Xiaomi really believes that its efforts in India will pay off. The company is already spending a lot of money in this large market, as it has recently opened a second factory in the country to keep up with the increasing demand. With the new production capacity, Xiaomi is able to make one smartphone every second during operational hours.

The Chinese manufacturer has been doing well in India, but so has the competition. Oppo and Vivo, for example, are also experiencing growth and aren’t that much behind Xiaomi in terms of sales. It will be interesting to see if Xiaomi will be able to stay ahead of them and achieve its goal of significantly increasing sales in a short period of time. 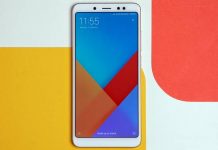